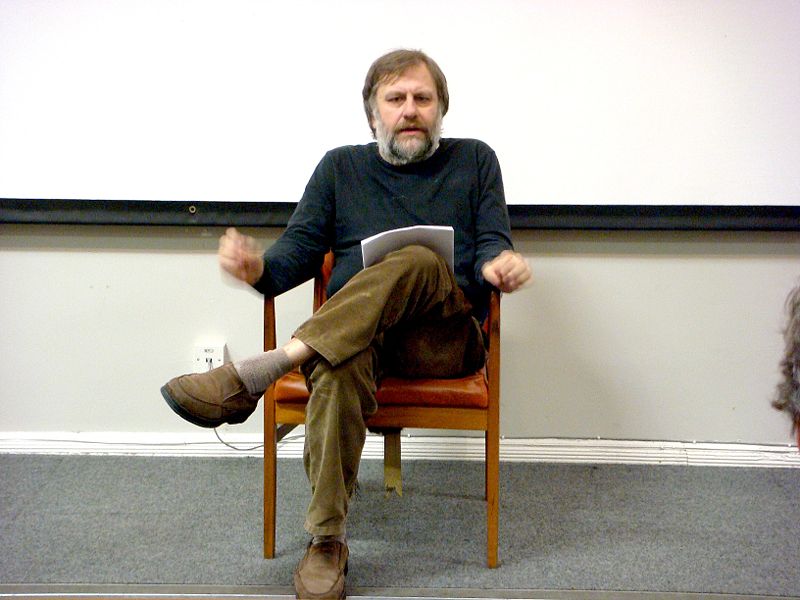 Rhetorically, an old question in the theory and practice of nonviolence: “How can one wholly repudiate violence when struggle and aggression are part of life?” (63) It is with that question that I come to Violence: Six Sideways Reflections, a short book published last year by the trendy Slovenian philosopher Slavoj Zizek (forgive my leaving out the diacritical marks). But I say “rhetorically” above because that is not, principally, his question, and he won’t properly answer it. He doesn’t propose, as we do here, to build a movement devoted to the purgation of violence; he calls, rather, for a subtler analysis of it and, possibly, scandalously, a withdraw—“doing nothing.” Or, in the very preceding sentence, he suggests that the “historical monsters” (Hitler, Stalin, etc.) “were not violent enough” to enact meaningful social change.

Bearing through such apparent self-contradiction is to be expected when wading through Zizek’s books. His “parallax” mode of analysis, combined with a mind and body so frenetic as to seem closer to the pace of a hummingbird than a person, ensures that there will be some coincidence of opposites. Nevertheless there is at least a gist to it all, and, in the thick of it, a great many surprising insights. When reading a Zizek text, one does better not to cling too steadfastly to one’s own starting questions. Follow the odd ways the reasoning goes, or risk missing out on a clever tangent or a good Soviet joke. Unfortunately for me, attempting to summarize it all can’t help rendering one squarer than he. 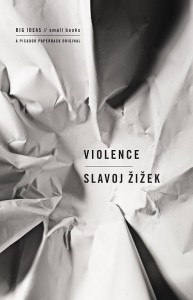 The basis of Zizek’s analysis in Violence is the identification of a cluster of different forms in which violence appears. The list differs from place to place, but here’s the sense of it: (1) “subjective” violence, the stuff that looks and feels like violence to people and draws attention to itself; (2) “systemic” or “objective” violence, enacted subtly through the structures of society, particularly the capitalist order; and (3) “divine” violence, which fundamentally forms societies, coming as if from the outside and supernatural, radically reorienting power and values. With the first two, Zizek reveals his debts to the dialectics of Marx (ideology/critique) and Lacan (reality/the Real). The third category comes from Walter Benjamin, in part through figures like Carl Schmitt and Giorgio Agamben, and I won’t dwell on it here.

Like a proper Marxist, Zizek is concerned most of all for the second register, for the ways in which social structures propagate brutality and injustice unnoticed. Why, for instance, do we care about killings in Darfur but not in the Congo? Why do authorities investigate pedophile Catholic priests but not the structures of the church itself? He wants to pull our attention away some from the particular outbreaks of subjective violence that habitually monopolize our anxiety and activity. These are symptoms of the diseased system, but not the disease itself.

Violence is not a direct property of some acts, but is distributed between acts and their context, between activity and inactivity. The same act can count as violent or non-violent, depending on its context; sometimes a polite smile can be more violent than a brutal outburst.” (213)

It is therefore necessary to interpret an act of subjective violence in light of its context; what underlying violence, which we assume is mere nonviolence, does it reveal:

When we perceive something as an act of violence, we measure it by a presupposed standard of what the “normal” non-violent situation is—and the highest form of violence is the imposition of this standard with reference to which some events appear “violent.” (64) 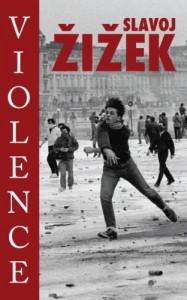 On the whole, this is something well-known in theories of nonviolence. Since Gandhi, nonviolent protest has been fascinated by the performative, by the power of attention. Its purpose is to pose a critique to the attention-grabbing nature of active violence, to dramatize the crises of justice that go overlooked, that become woven into the status quo and mistaken for nonviolence. Zizek’s analysis reminds us not to dwell on the outbursts of violence that are most obvious and flamboyant. We should instead, again, make space for the kind of deep reflection that enables us to see the violence hidden away, beneath the appearance of normalcy.

One of Zizek’s most incisive moments in Violence is the treatment of well-meaning liberals, whom he terms “liberal communists” (and observantly excoriates a la Stuff White People Like). Do-gooding among the affluent in “developed” societies may be impressive and lavish, but it rests on an assumption of horrific systemic violence beneath. He warns against the hypocrisy of perennial calls to “act now!” (or “take action!”) by donating a few cents to charity or sending an email to a congressperson. Or even going to another useless protest. While surely doing something, and certainly being visible, these quasi-actions also give us the illusion of doing good while we return happily and self-satisfied to our lives of perpetuating systemic wrongs. They are nonviolent expressions of terrible violence.

There are no better examples of this hypocrisy, Zizek contends, than people like Bill Gates and George Soros. Such men do a tremendous amount of highly visible good things, but they can do so only because of their fantastical success manipulating capital for their own benefit. They become better known for their philanthropy than their ruthless business practices, yet the former amounts to only a fraction of the effect of the latter. Beneficence, like brutality, is only visible to the extent that we accept everything else as static.

I will finish with Zizek there, my starting question unanswered—yet, so to speak, with some lessons learned. Never fear! I will take my question, before long, to the final chapter of Judith Butler’s Frames of War, which I found, browsing in a bookstore, seems to take up the matter more directly [see the promised post!].

‘An interested and engaged party’ — WNV on WBAI’s OWS Radio

Does violence have an opposite, Slavoj Zizek?