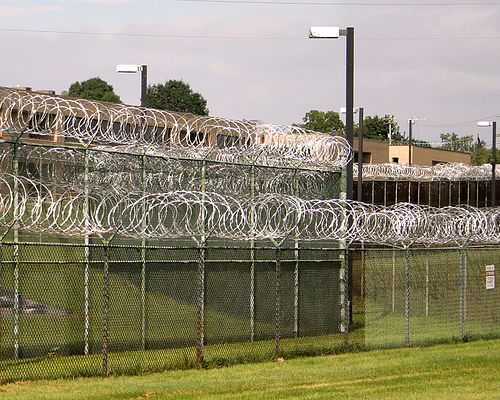 “America’s Toughest Sheriff” Joe Arpaio of Maricopa County, Arizona, whose cruelty we profiled in July, will be making fewer arrests on behalf of America.

Last month, the US Department of Homeland Security restricted Arpaio’s 287(g) contract.  Named for section 287(g) of the 1996 Immigration and Nationality Act, the 287(g) program authorizes police officers of participating agencies to act as immigration enforcement agents.  Under the new contract, Arpaio’s deputies may no longer make immigration arrests in the field, only among inmates in his jails.

Nevertheless, Arpaio appears poised to continue harassing communities of color with his notorious, racially profiling “sweeps.”  That’s not surprising given previous investigations showing Arpaio would rather use limited public safety funds to round up taxpaying people instead of promptly replying to 911 calls.

In restricting Arpaio’s ability to make immigration arrests, the Department of Homeland Security (DHS) apparently responded to numerous complaints, including a high-profile letter to President Obama criticizing the entire 287(g) program.  In a feat of organizational prowess, the letter was signed by over 500 advocacy groups organized by the National Immigration Law Center.

But stripping Arpaio of his full contract does not go far enough.  Rampant abuses of police power across the U.S. (such as in Cobb County, Georgia, as the ACLU documented) indicate that Arpaio was not just a bad apple, but that 287(g) is a racist and counterproductive program that should be terminated altogether.

287(g) undermines public safety because immigrant communities stop cooperating with the police, even hesitating to call the fire department, according to law enforcement groups like The Police Foundation.  As L.A. Police Chief William Bratton explained, “My officers can’t prevent or solve crimes if victims or witnesses are unwilling to talk to us because of the fear of being deported.”

The Hispanic Congressional Caucus recently sent a letter to President Obama asking him to terminate all 287(g) agreements and end the program because the “misuse of the 287(g) program by its current participants has rendered it ineffective and dangerous to community safety.”  For similar reasons, a government task force of national security experts also panned the program.

Federal officials have pledged greater oversight of 287(g) including directing police to focus on serious crimes and to abide by anti-discrimination laws (as if police were not bound by anti-discrimination laws before).  Numerous task forces, reports, and personal accounts of victimized people indicate that 287(g) programs endanger our safety and codify racist abuses.  But under the Obama Administration, the flawed program is slated to persist and sadly, even expand.