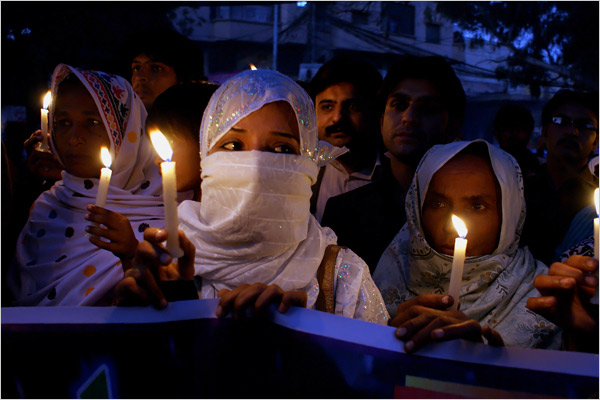 Before it fades too far into the past, I wanted to note a few things about the commentary that President Obama’s Oslo speech elicited because it reveals certain problems that will undoubtedly have bearing on events in the New Year. Obama’s speech was organized around the assertion that he, as a head of state, and we, as human beings, must grapple with two truths: a “hard truth” that governments “will find the use of force not only necessary but morally justified” and another truth that “no matter how justified, war promises human tragedy” and “is an expression of human folly.”

This paradox has troubled thoughtful people through the ages, but it is not the paradox of our time. The puzzle of our time is just as weighty but more practical and, in a sense, has begun to dissolve or transform this older paradox. The puzzle of our time is that military might has sometimes spectacularly succeeded and sometimes spectacularly failed in achieving political objectives in the twentieth century and yet most people, certainly most Americans, and every American President, persist in assuming that physical violence is generally more effective than other means in times of emergency. The President spoke of just wars in his speech, inviting a critique on moral grounds. But most commentators sidestepped the issue of the morality of war and focused on the related but fundamentally different claim that violence is necessary because sometimes only force can stop the violence and evil of others.

Conservatives like Gary Schmitt and Tom Donnelly were quick to praise the speech because to their great relief it seemed to finally acknowledge the truth that American military might is the most important factor in the security and stability of the world. The President asserted that we have “helped underwrite global security for more than six decades with the blood of our citizens and the strength of our arms” and for conservatives this seemed like a surprising sea-change, which they hoped was a result of him maturing into his role as commander-in-chief. (Though his axing of F-22 fighter jet development and billions for other weapons systems leaves them skeptical that he really adequately values our military power.)

Andrew Sullivan and David Brooks both wrote approvingly of the Christian brand of realism that Obama seemed to offer, which they understood as reflecting the proper balance between embracing the necessity of the use of the force and the idea that we should feel sad and dirty about it when we do. But realist commentators like Stephen Walt pointed out that the President was either disingenuous in his claim that American military power should underwrite international law or, as secular realists would expect, simply exempting the United States from the notion that international law should be enforced. After all, he clearly did not mean that the United States should be held accountable by the rest of the world for breaking international law or violating existing rules of conduct.

Here we find the surprising possibility that realism and a particular brand of pacifism might have something to say to one another. Christopher Hayes and David Cortright pointed out the ways in which the use of American military might has destabilized the world and undermined democracy. Michael Nagler sympathetically lamented Obama’s failed attempt to muster his formidable powers to topple the “old clichéd party line” of American triumphalism.

Yet there of course remains an important difference between so-called realism, whether Christian or secular, and what could be called a pacifist realism – but should simply be called real realism – and that is the basic understanding that power is power regardless of its form. This is why advocates of nonviolence like Eric Stoner responded so forcefully to Obama’s claim that some regimes and groups are so evil that only violent power can work against them. There is simply no good historical or theoretical reason to believe that power exercised in the form of physical violence (e.g. rape, torture, warfare, slavery) is superior to, more effective than, or sometimes more necessary or justified than power exercised in its nonviolent forms (e.g. strikes, protests, institutions, diplomacy).

It is hard to overestimate how important this basic insight is going forward. If we continue to assume that military power is the real, necessary, basis for peace, we will underestimate the potential of the ongoing protests in Iran, Gaza and India and continue to overestimate the American military’s ability to achieve political outcomes in Afghanistan. We will continue to respond to terrorist attacks with ham-handed measures and grapple for an elusive guarantee of physical safety.  We will continue to send the message to the world that human rights are not self-evident truths but whatever fits within the United States’s determination of what is “necessary.”

If we instead come to grips with the true nature of power, it relieves us of the esoteric exercise of cultivating American humility and hand-wringing about our own flawed nature. Instead, the idea that we are tragically doomed to perform necessary violence gives way to the simple acknowledgment that while the American military certainly embodies an important and extraordinary exercise of power, it could never underwrite the security and stability of the world. Fortunately, those who blame it for all of the world’s problems overestimate its power as well. Instead, stability and instability, security and insecurity is the purview of the sum total of the coordinated political action of each family, community and state – the purview of the power of humanity.

Getting real in the New Year