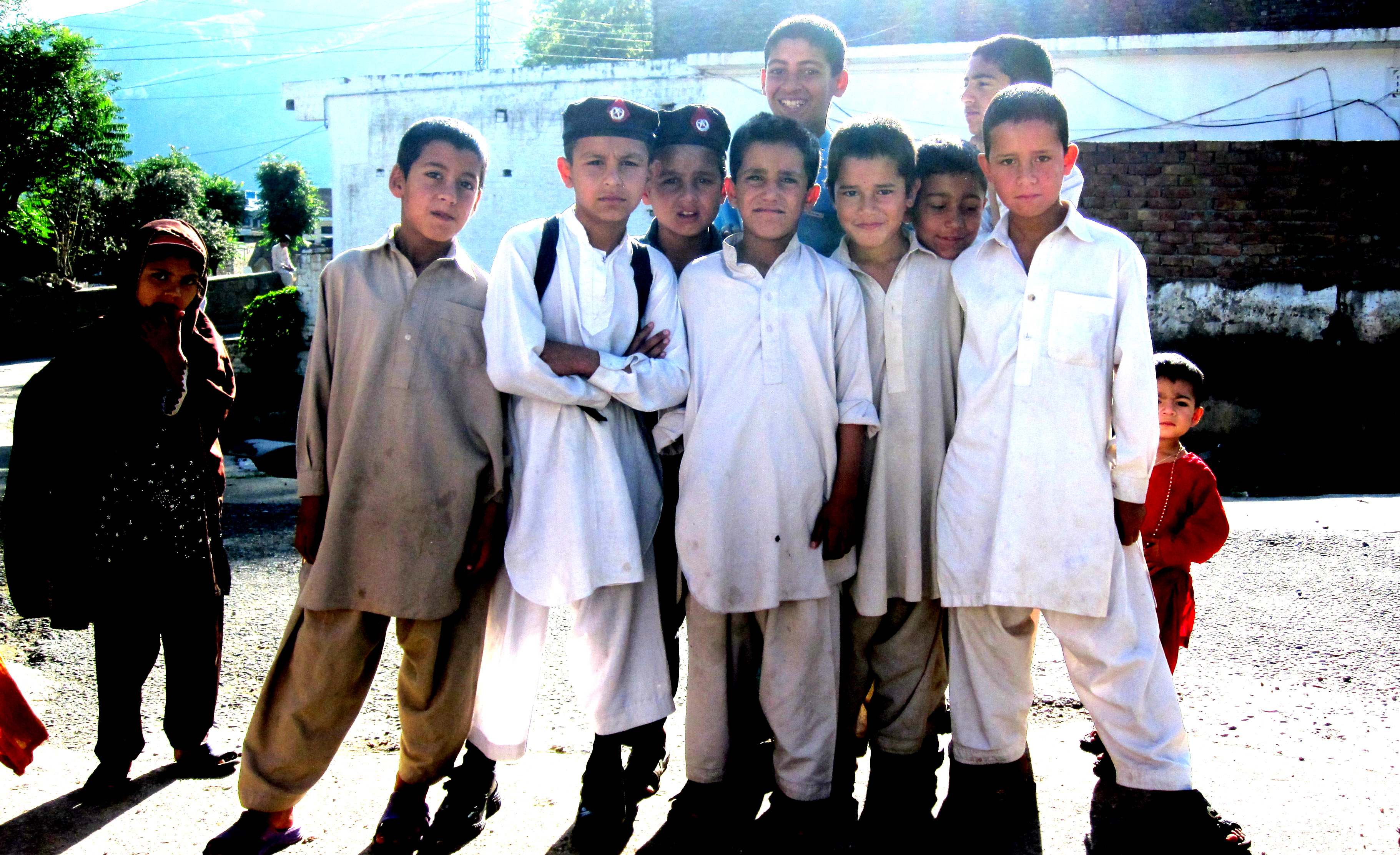 “In other countries, the country has a military. In Pakistan, the military has a country.”

I arrived in Pakistan on May 4th, traveling with Kathy Kelly and Josh Brollier from Voices for Creative Nonviolence, based in Chicago. After traveling through Pakistan for about two weeks, I surely can’t claim to fully understand the country, but these words from I.A Rehman, Secretary General of the Human Rights Commission of Pakistan, seemed to summarize what I learned.

I learned that most of the combat troops in the pre-1948 Indian Army were Muslims. So the army “got a country” when East and West Pakistan were formed in 1947 from the former British colony of India.

One difficulty is that democracy and the military don’t mix well: the military is not a democratic institution. When it comes to running a country, this mis-fit becomes even more problematic. Kathy and Josh had been to Pakistan last year, and this year, as we went from place to place and interviewed person after person, we kept hearing about how the government was not representative of the people. Instead, we learned that a small ruling elite runs the country for its own benefit.

Here in the US, corporations are increasingly influencing US warmaking policy to fuel their consumption of resources. In Pakistan, however, the military actually owns profit-making corporations. As Dr. Ayesha Siddiqa, writes in her book Military Inc.: Inside Pakistan’s Military Economy: “The military’s two business groups – the Fauji Foundation and the Army Welfare Trust – are the largest business conglomerates in the country.” And the military’s investment in their own corporations leads them to use more and more government influence so as to stifle, or even take over, rival corporations.  That, in turn, entails an increasingly militarized and hence an increasingly undemocratic state.

Modeled by the federal government, this non-representation of the people’s interests extends down even to local police and courts, creating an “enfranchisement gap” between the people and their “leaders,” with the people of Afghanistan feeling more like subjects than citizens, as one professor told us.

When the people realize that the government is not guaranteeing their civil rights, sooner or later they will begin to act to secure those rights.

In Pakistan, that action by the people takes several forms. The first is in the growing number of civil rights demonstrations scattered across the country. Dr. Mubashar Hassan, a long-time and astute political activist and observer told us he believed that a some point, those isolated demonstrations will coalesce and form a national movement that will compel the ruling elite to change.

We can get glimpses of that movement toward unity among the demonstrators from the social media. For example, check out the newly formed Amn Tehrik (Peace Movement) out of Peshawar, or Voice for Peace out of Khar.

Another dimension of the resistance is the rise of armed resistance groups, in general called “the Taliban” by the people, or “militants” by the government.  I’m sure someone knows, but everyone to whom I spoke said that no one knows where they come from. What is known is that they are well armed and very well financed. That leads people to believe that they are financed by a country with “deep pockets,” such as the US, or Iran, or perhaps Saudi Arabia.

In general, the strategy of these groups seems to be that they first approach a town or village or urban area, presenting themselves as the “true Islam.” There is a prima facie appeal to that. “True Islam” would not allow such injustice and inequity to exist among the believers.  Care and uplift of the poor is a pillar of the Islamic faith.  That fundamental religious appeal is bolstered by an economic and political appeal. “Someone,” the Taliban seems to say to the people, “has to represent your rights. The government isn’t. WE will.” That message gains an audience among the poor and disenfranchised, but also among young middle- and upper-class youth, appealing to their ideal of a more just world.

Once the local Taliban become entrenched, tremendous difficulties surface. Their claims of having the “truth” morph into “if you’re not with us, you’re against us.” Then, despite the Qur’an’s clear injunction against compulsion in religion, the Taliban begin to attack those who disagree with them. They also attack rich landowners and destroy or seize their properties. The reign of fear deepens. Claiming all the while to “protect the people,” they demand “tribute” for their “services.” And if, for example, a family cannot afford the 40,000 rupees in tribute, “Then, give us one of your sons to serve with us.” An extremely complex situation ensues: the people perceive a political and economic need for the Taliban, and yet experience a growing fear of their methods and control. Even those families who have turned against the Taliban and their tactics may be in deep conflict because their sons have been conscripted into their number. How can you call for the Taliban’s destruction when it would mean the killing of your own child? Further, both the Pakistani military and the Taliban claim to be fighting for the true Islam.

The Pakistani government’s schizophrenic response to the Taliban puzzled me for most of my visit. One response was to pursue, destroy and drive them out, a policy that the government pursued remorselessly in the Swat Valley where we visited. Though I stand opposed to violence, I at least could understand that this would be the “natural response” of a militaristic government’s perception of a threat to its power. But the other course of action puzzled me the more I learned of it. The Pakistani government also seemed at the same time to be siding with, even promoting the Taliban. A certain Pakistani General Imam boasted that he had “raised up” that Taliban. Retired generals were known to go to the Taliban camps and train the Taliban in warfare.

What was going on? When I spoke to several Pakistanis, their usual response was, “We know there’s double-dealing going on.” But why?

I found what seemed to me to be a satisfactory answer in my discussions with Jesuits. (Yes, we’re there, too.) The reasons are geopolitical, rather than local. First, Pakistan is quite aware of history. No country, no empire has EVER conquered Afghanistan. It is, as the saying goes, “where empires go to die.” So the Pakistan government knows that inevitably, the US will lose in Afghanistan and when it does, the Taliban will move right back in. So the Pakistani government wants to keep at least some degree of “good relations” with the Taliban so that when they re-take Afghanistan, the Pakistani military/government will have bona fides with the ruling authority of Afghanistan. Second, the Pakistani military has to be concerned about the Kashmir, an area over which it is in conflict with India for control. Pakistan knows that the Indian army far outnumbers its own, so they wish to “keep” the Taliban as a sort of “Pakistani militia” in case of an Indian military incursion into Kashmir.

The US government’s solution to these complex internal and geopolitical problems is to bomb the Pakistani people, mostly in the Federally Administered Tribal Areas in Northwest Pakistan. As of this writing, these strikes have caused 1813 casualties among the Pakistani people. A lot of these casualties are “first responders” to the initial strike. That is, it is customary for the US to send a second missile, minutes after the first missile, so that family members, neighbors, and medical and clergy personnel who seek to help – or even to observe – are also wounded or killed.

We asked some of the surviving medical personnel about the efficacy of the strikes, whether they were eliminating the Taliban leadership and therefore removing a threat. They answered our questions with some of their own: “How does the US determine who is a ‘leader?’ Who gives them this information? Could it not be a man who simply wants his rival removed?” “If the US had good intelligence and they hit their targets with the first strike, why would the second one be necessary? If you already hit the supposed militant target, then why fire again?” “Even if you had reliable information, that is still not proof: who has given the license to kill and in what court?  Who has declared that they can hit anyone they like?” “After so many strikes, how many ‘high level targets’ could there possibly be?” And a man named Safdar concluded: “What kind of democracy is America, where people do not ask these questions?”

It is important, too, to recognize that families and tribes straddle both sides of the Pakistan – Afghanistan border, and that the family bonds transcend nationalities. Whatever benefit the US government thinks it might be gaining from these strikes (figures show that about 3 “leaders” are killed for every 100 casualties in an air strike), they must be far outweighed by the growing antipathy as family members, friends and neighbors are maimed, crippled or killed.

I asked every Pakistani I met to tell me the one thing they would want me to say to Americans when I returned. And every single one of them said the same thing. “Tell them to leave us alone. We can work out our own problems if you just leave us alone.” “If you continue, these attacks,” said Dr. Mubashar Hassan, “you are only prolonging our agony.”

G. Simon Harak, S.J. is a Jesuit priest with a doctorate in ethics. He currently is the director of the Marquette University Center for Peacemaking.