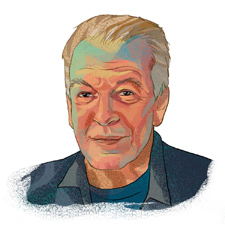 As part of a series of articles on activism in the US, the Utne Reader has published a short interview with Gene Sharp in their current issue that is worth checking out. Here’s an excerpt:

When you look at contemporary domestic movements, both on the left and on the right, what do you see?

People don’t have a good idea of what kind of social change they want. They assume that you get major social change simply by voting every four years.

When I lived in Brooklyn many years ago the people in my neighborhood would always find something to complain about and then end with the same phrase: “What are you going to do?” That’s a tragic situation.

Is there a single mistake you see over and over again?

Yes. The failure to properly analyze political power; nobody understands political power. All power has its sources. And if you can identify the sources you can cut them off.

It’s a fundamental distinction that leads to a totally different approach to waging political struggle.

There is moral authority: Do the people giving the orders have the right to give them? There is economic power. There is control of the masses. Hitler didn’t have three brains, you know; he got other people convinced that what he was doing was important and that they should help.

Rather than protest the actions of those with political power, you can cut off the sources of their power—and this is rarely understood.

Well, it should, but not everybody who uses nonviolent action knows a thing about strategy. People often think that if they can just show the world how terrible an opponent is, they’ll be able to get rid of the opponent. That’s nonsense.

And the opposite of identifying the sources of power.

That’s a totally different trip. There’s also a big issue [in nonviolent movements] of how people define success and failure. I remember cases where people didn’t succeed at all in achieving their objectives but say they felt better afterward. That’s not success. It’s important to feel that you’ve done something worthwhile, but it isn’t good enough.

You shouldn’t have an objective like total justice or complete peace. You have to think in smaller bites. Work out a plan that will weaken your opponent, but also strengthen your people and give them the capacity to carry on the struggle—to achieve the next objective.

So if you haven’t defined a realistic objective before you’ve launched into a struggle using nonviolent methods, you’ve already failed.

With Iraq, there needed to be an effective nonviolent movement to oust Saddam Hussein. There wasn’t a need for a war in Poland [when the country broke away from Soviet control], for example; they didn’t need a foreign military power to intervene because they did it themselves and they did it nonviolently.

Lessons from the godfather of strategic nonviolent action