One of the most difficult challenges posed to the antiwar movement in the 20th century was that of the theologian Reinhold Niebuhr. Once the head of the Fellowship of Reconciliation, he drifted away from nonviolence on the eve of World War II, insisting that in a fallen world like ours, violence would sometimes be necessary. 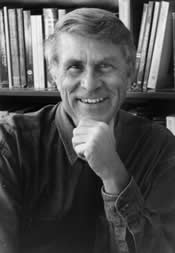 Today The Immanent Frame published my interview with sociologist Mark Juergensmeyer, author of, among other books, Terror in the Mind of God and Gandhi’s Way: A Handbook of Conflict Resolution. He has written extensively about Gandhian nonviolence, but he was also a student of Niebuhr’s at Union Theological Seminary, so he has some unique insights about the legacies of the two men. The interview covers a lot of other ground (including reflections on Juergensmeyer’s own interviews with terrorists), but here are the relevant passages:

NS: How does your early work on Gandhi and nonviolence affect your analysis of religious violence?

MJ: In several ways. It helps explain why I became interested in violence in the first place. Pacifists like myself are often fascinated with social violence because it seems so odd. What is there in the human imagination that allows us to switch gears so easily between the normalcy of civil society and the overdrive of warfare? I wanted to understand what happens in people’s minds when they’re so seized with passion about a struggle that they’ll go out and kill in such horrible ways. 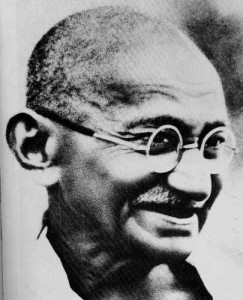 What I’ve learned most from my understanding of the Gandhian mode of conflict resolution is the importance of trying to understand another’s perspective. For Gandhi, this was the fun of conflict—and I do mean fun, because Gandhi loved conflict. He was a pacifist, but that doesn’t mean he was passive. Conflict, as Gandhi pointed out, is one time when you’re forced to see the world from another person’s point of view. Unless somebody challenges you forcefully, in a way that makes you stop and think, you’ll just go idly about your business. We all know that from our own relationships; it’s not until somebody comes at you from a different point of view, seemingly from left field, that you really begin to question yourself and look carefully at what you’re doing.

I began my work on religion, politics, and violence by trying to understand worldviews that clash with ours—and by that I mean not only theirs but ours as well. I did so with the awareness that my way of seeing the world is not necessarily the only way. It was, in a sense, a Gandhian project.

NS: And you also studied with Reinhold Niebuhr at Union? 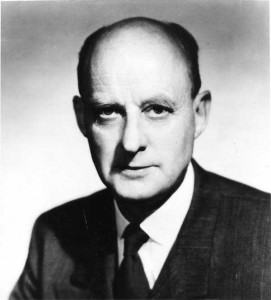 MJ: Niebuhr was probably my greatest single influence as a professor. I was literally his last student. My first year at Union was the last year he taught a seminar, and I was in it. The second year, there was a group of us who met in his apartment every Friday afternoon. Then, the third year, the other two had left Union, and I went up there on my own. One of the things that drew me to Niebuhr—though it was his ideas that drew me more than anything else—was that his family and my family came from the same German immigrant community in central Missouri.

NS: He was someone who began as a pacifist but went on to develop a critique of pacifism. How did Niebuhr’s thought play into how you think about violence?

MJ: Well, I disagree with Niebuhr on his analysis of Gandhi. I think he didn’t understand Gandhi. He regarded Gandhi as a sentimentalist, the same way he regarded Marx as a sentimentalist: as someone with vaunted expectations about human nature. But Gandhi was more of a realist than Niebuhr assumed, and his method of conflict resolution involves exerting a certain kind of pressure. This is not exactly the coercion Niebuhr accused him of, because Gandhi tried to make a distinction between coercive and non-coercive force. Force that is coercive doesn’t give you any choice about accepting or not accepting your opponent’s position. Non-coercive force is about making you dramatically aware of a situation while leaving you to make a choice on your own. Gandhi would want concessions to be made out of free will rather than by coercion. Actually, I don’t think that Niebuhr was as different from Gandhi as he thought.

Mark Juergensmeyer on Gandhi and Niebuhr