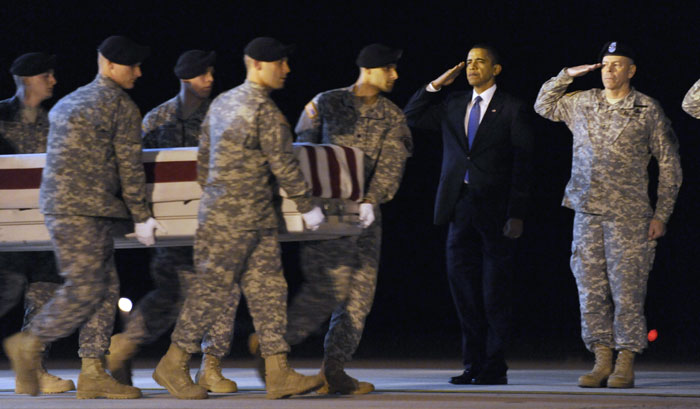 The last month has seen 6 Australian soldiers killed in Afghanistan, bringing our country’s total to seventeen. Yet even with a federal election looming and 61% of Australians wanting troops brought home our involvement in the war has bipartisan support. In fact, far from raising questions over our mission there, these deaths seem to only strengthen the government’s resolve to remain. The same seems to be true of the U.S. and many other NATO countries.  It strengthens their resolve not because it makes the mission there any more necessary, or more strategically important, but because of a principle called “the sacrifice trap.”

This psychological principle works through an escalating commitment to a failing course of action, ironically in order to justify that course of action.  The more one sacrifices in pursuit of a particular objective, the more difficult it is to change course from that objective, and the more stridently it will be defended.  Often we experience this when they are put on hold by a telephone company. Our dogged commitment to the call seems to grow the longer they make us wait.  This is not because we don’t want to hang up, but because we feel the time spent will have been a waste if we do.

The more soldiers who are killed in the course of this war, the more committed some governments seem to be to it.  It is partly a matter of saving face – no one likes to admit they have made a mistake, let alone governments or countries.  But greater than that is the sense of investment, which must be seen to bear fruit, even in the most fruitless course of action.  Furthermore, the greater the “investment,” the more the prize seems to be inflated in importance.

During the Talisman Sabre joint US/Australian military exercises in 2009, my friends and I had many conversations with soldiers from Australia and the U.S., many of whom had spent time in combat roles in Iraq and Afghanistan. To my surprise, almost without exception, they expressed the futility of the task there.  Some had lost good friends. But they were under orders, they said, and their families relied on the income they generated from the army.

It is believed that as many as 25 percent of US soldiers are looking for a way out of the military, yet don’t feel able to leave.  Having committed their lives to the military – and in many cases, committed acts they regret – the stakes have been raised to unacceptable levels to admit that they have been wrong.

The only way out of the sacrifice trap is to give those involved – soldiers, the military hierarchy, and government – a way out that enables them retain their dignity and reduces the cognitive dissonance between knowing their actions are wrong or counter-productive and doing it anyway.  Ironically, the more stridently the left pillories their actions, the less likely it becomes that it will change course, because it forces them deeper into the jaws of the sacrifice trap.

I wonder then whether the latest Wikileaks scandal might actually backfire on the voices for ending the war. If it leads to demonization and harshness, it almost certainly will.

Of course, toning down the criticism of the war does not mean that people should not be held accountable for immoral actions, but demonizing them will only hinder the process of necessary change.

There seems to be a delicate balance in this between personal pride and personal cost. Several countries have of course already backed out of their involvement in the war, but they have been countries with relatively little invested in terms of personal pride. Nations seem to have seen their way clear to withdraw when the cost outweighed the pride element.

If a rigorous cost-benefit analysis were to be undertaken – including accounting for the reality of property destruction, injury, and loss of life on all sides – I am certain it would reveal that the war in Afghanistan is really in no one’s national interest, and that there are numerous other, less costly options to achieve the stated objectives.  But until such advice is heeded, further commitment to this “war without end” will continue to be a disservice to us all – especially to those soldiers putting themselves at risk at the behest of their government.

The problem with wanting ‘peace’ in Baltimore