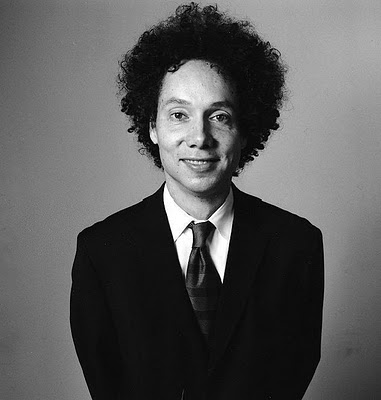 When Malcolm Gladwell’s much talked about New Yorker piece on activism and social media came out last month, I was in the middle of reading his first book The Tipping Point: How Little Things Can Make a Big Difference. It was rather strange timing. Not only because I all-of-a-sudden decided to read a ten-year-old best-seller, but also because I was reading it with the explicit purpose of seeing what Gladwell’s sociological insights had to offer activists.

I got the idea from UC Berkeley nonviolence scholar Michael Nagler, who mentioned in one of his downloadable lectures that despite its more obvious appeal to those in the advertising world, Tipping Point might be an invaluable source for those trying to understand nonviolent movements. Having now read it, I can confirm this hunch.

These three types of people make up his “Law of the Few,” which states, “The success of any kind of social epidemic is heavily dependent on the involvement of people with a particular and rare set of social gifts.” I’d wager you could pick out the connectors, mavens and salesmen in almost every successful nonviolent movement by looking at the makeup of its leadership.

Gladwell’s other two rules for epidemics also apply directly to nonviolent movements. “The Stickiness Factor,” as he calls it, is just another way of talking about a movement’s message, the idea that people connect and rally behind. All successful nonviolent movements have at least one, from King’s “I Have a Dream” speech to the fist of the Serbian student movement that brought down Milosevic.

Finally, there’s “The Power of Context,” which says, “Epidemics are sensitive to the conditions and circumstances of the times and places in which they occur.” This is the sort of thing that might further explain why the civil rights movement took hold when it did and not any earlier, despite previous attempts. I’ve heard many experts in nonviolence refer to the triggering of a movement as something magical, something not quite yet within our range of predictability.

This is what Gladwell does best, though. He gets people thinking in new ways. And somehow he does it without ever talking about the things we want him to talk about—in this case: nonviolent movements, civil resistance, MLK, activism, protests, etc.

So you can imagine how exciting it was to hear about his New Yorker piece, in which he actually does talk about such things, and within a very important context, that of social media. His central thesis, however, is surprising, given his propensity to talk up “how little things can make a big difference.” He says that “the revolution will not be tweeted.” More specifically, the “low-risk,” “weak-tie” and non-hierarchical nature of social media make it incapable of effecting great change.

While I am sympathetic to parts of this argument and have at times been critical of activism through social media, a number of strong dissenting responses to Gladwell’s piece have convinced me to see the issue with a little more nuance. For starters, as Mary Joyce, over at the Meta Activism Project, points out:

Gladwell is not actually criticizing digital activism (the use of digital technology for activism) but rather slacktivism (ineffective measures that serve the ego of the “activist” more than the demands of effectiveness).  By equating digital activism with slacktivism/clicktivism, its most ineffectual incarnation, Gladwell makes his argument against it rhetorically easier.

He also never seems to consider that the shortcomings of social media might not be the fault of the medium, but rather the people using it. For instance, Gladwell says, “Where activists were once defined by their causes, they are now defined by their tools.” If this is the case, then perhaps overenthusiastic techies with no real background in activism are to blame. As Patrick Meier of iRevolution noted:

Most [Facebook/Twitter users] tend to completely skip over the rich lessons learned from the long history of nonviolent action because they are more excited about the tools.

At the same time, however, the practice of digital activism is surprisingly devoid of tactical and strategic know-how. In turn, the field of civil resistance lags far behind in its command of new information technologies for strategic nonviolent action.

Unfortunately, Gladwell doesn’t seem to have considered this possibility of a better trained and educated digital activist. Ironically, some of that training and education could come from Gladwell’s Tipping Point. After all, what is a “connector” or someone “with a truly extraordinary knack [… for] making friends and acquaintances” if not an ideal Facebook or Twitter user?

Gladwell even describes a “connector” as someone with a social network of greater than 100 people. Sure, just about everyone on Facebook has more than 100 “friends.” But a political or movement leader (like any celebrity) might have thousands. And though these may be considered “weak-ties” in a system without hierarchy, powerful people do have more power in the social media world.

All this isn’t to say that social media could ever replace more traditional means of organizing. It’s just to say that social media isn’t the total dead-end for activists that Gladwell makes it out to be. Instead of asking, “What can social media do for activists?” we should be asking, “What can better trained/educated activists do with social media?” And rather than ask that question of Malcolm Gladwell—someone who’s not an expert on either activism or social media—we should be patient. This is still a new phenomenon and we have much learning and testing to conduct. For now, though, we can be thankful to Malcolm Gladwell for getting us thinking. After all, this is what he does best.

When you have an AR-15 but want a garden hoe

‘The means of production’ — free software and Occupy Sandy

Malcolm Gladwell, digital activists, and what the two are missing