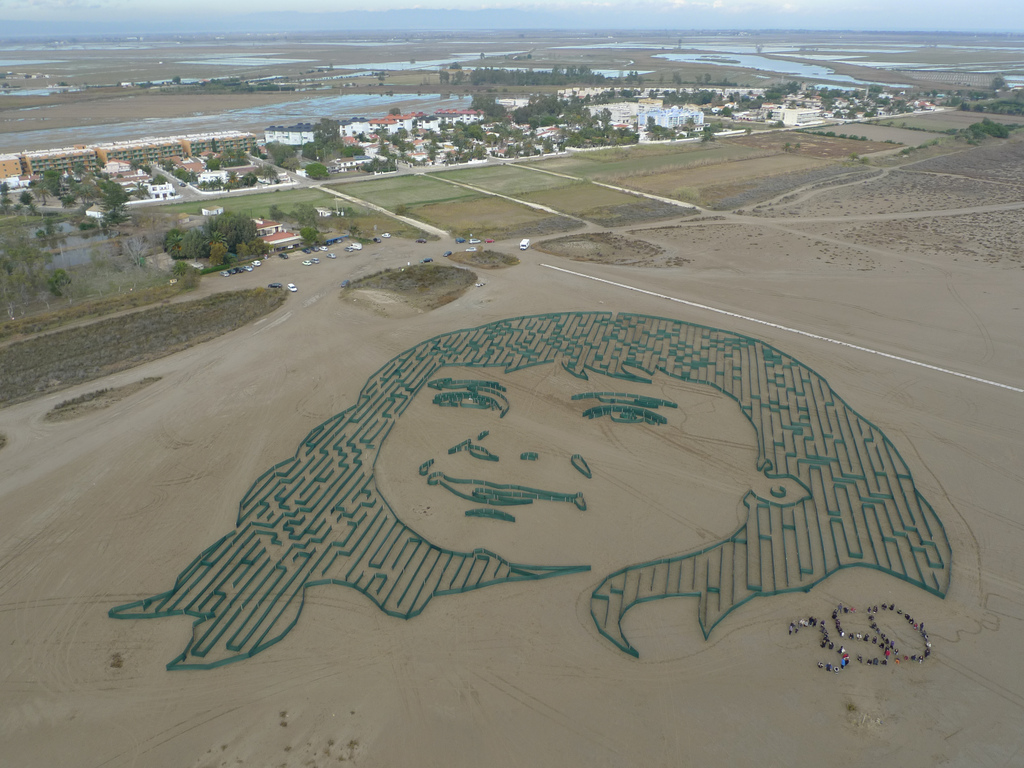 What’s being called “the first planet-scale group art show” began over the weekend, as climate activists in several countries gathered to create symbolic images that could be seen from space.

In Spain (pictured above), citizens created a maze in the form of a young girl’s face who is afraid the Delta del Ebro will be destroyed by climate change. Meanwhile, in New Mexico, a thousand Girl Scouts and residents holding blue tarps formed a human “flash flood” in the dry remains of the Santa Fe River bed to show what it could look like if water still flowed there. 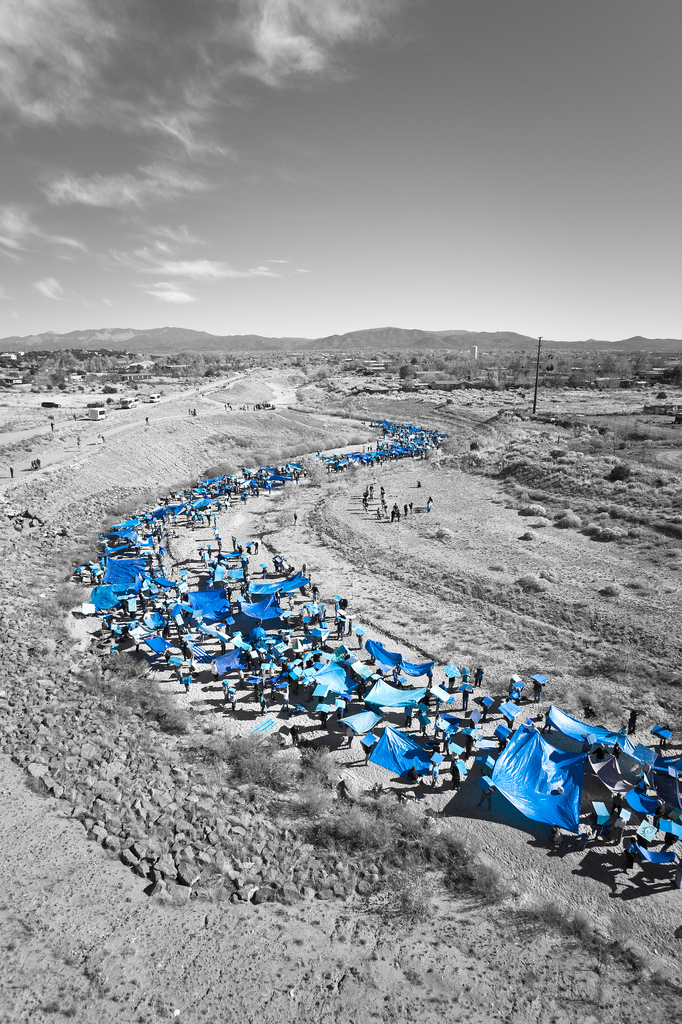 Images from Los Angeles, Manhattan, the Dominican Republic, Mexico and Canada have also come in, with more expected from New Delhi, Egypt, Cancun and elsewhere by the end of the week. Even celebrities, such as Radiohead’s Thom Yorke are getting involved. Yorke is trying to organize 2,000 people in Brighton, England to make a huge human “King Cnut type image.” (King Cnut being the Norse king who haplessly tried to control the waves.)

According to environmentalist Bill McKibben of 350.org, the group that organized the event:

These pictures demonstrate the risks of global warming, and the range of possible solutions. And of course they remind us that we live on a planet–a delicate planet with a fragile and vital atmosphere. After all, these images are coming from 430 miles above the atmosphere, thanks to the satellites provided by our friends at DigitalGlobe. And they’re coming from the incredible hard work of volunteers all over the world.

McKibben also addressed pragmatists, who may see this action as merely a distraction from work that will actually prevent climate change:

We’re not going to solve the climate crisis with art. We know that–we’re deeply based in science and politics. But we’re not going to solve the climate crisis without a movement. And art is one of the ways that movements express themselves, one of the things that reach human beings in powerful and deep ways. So by next week, when the UN climate conference in Cancun opens, we’ll be focused on a new set of ideas and tactics, asking your help for all sorts of practical and political things.

But today–today just know you’re part of the largest art project the world has ever seen.

Climate activists create art that can be seen from space