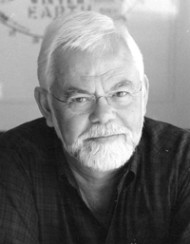 Recently, at his office at Georgetown University, I had the opportunity to interview Charles Villa-Vicencio, a theologian who was National Research Director for the historic South African Truth and Reconciliation Commission, led by Desmond Tutu. We discussed the peacebuilding process, a new kind of emerging spirituality, and even his disagreements with Tutu about forgiveness. But he also had some striking things to say about violence.

Back in the apartheid days, Villa-Vicencio was something of a defender of the ANC’s use of violence against the oppressive, racist, immovable regime. But now, as he has seen the consequences of wars around Africa, he is beginning to reconsider whether the resort to violence can ever really be justified at all.

NS: Earlier you mentioned the 1985 Kairos Document, which got you involved in extended conversations about the role of violence in social transformation. How has your thinking about violence evolved since then?

CVV: I was—and, I think, still am—essentially a believer in just war. The time comes when there seems to be no other way, when nothing else has worked, and you’re dealing with a violent aggressor. I think the resort to arms in South Africa by liberation movements around 1960 was probably correct. They tried everything else. I’m not a pacifist. But as I’ve become more and more involved in working in the African Great Lakes region, and in the Horn, it has made me question any justification that I may ever have given for violence.

CVV: Because violence runs away with itself. Fighters get caught up in the enthusiasm of the moment and become excessive. I am prepared to grant that there may be a just cause for a war. But as you engage in it, almost by definition, you’re drifting into a situation where the means that you employ are very, very difficult to justify. In the truth commission, for instance, we said that the African National Congress’s resort to arms was a just one. But the means that they employed in certain situations were not just. Can you have a just war that does not degenerate into unjust means? I don’t know. A lot of people will say that you can’t, that it forces you to do some terrible damn things, and that you’ve just got to accept this and move on. But it’s a tough call.

Read the rest of the interview at The Immanent Frame.

Will the People’s Climate March be this generation’s March on Washington?

Could the left withstand a coup attempt if it ever won the presidency?

Lessons from the LGBT equality movement