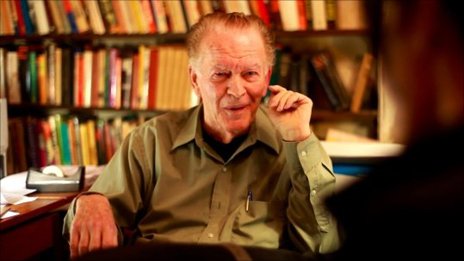 Last week I noted that the nonviolent uprisings in Tunisia and Egypt, which are now spreading throughout the region, have generated more interest and positive coverage of nonviolence in the mainstream media than I have seen in my lifetime.

Probably the most surprising praise for nonviolent action came last week from Max Boot, who is a hawk and outspoken advocate for military force. In the conservative magazine Commentary he wrote:

It is fair to say that [Gene] Sharp and [Peter] Ackerman have been indirectly responsible for more revolutions than anyone since Lenin or Mao — and, unlike the avatars of “socialist” upheavals, their work made the world a better place, helping to create numerous liberal democracies. It is hard to think of worthier recipients of the Nobel Peace Prize. The Nobel committee should act soon — Sharp is no longer a young man and his work deserves recognition while he is still around to enjoy it.

I wonder how Boot reconciles his appreciation for the power of nonviolence to unseat dictators with his support for the war in Iraq, which has led to such incredible suffering and death. I suppose he would argue that Saddam was a unique case where nonviolence would not have worked.

Nonviolent movements, however, have brought down so many dictators around the world in recent decades that there is no reason why Saddam should be considered an exception. Even academic studies, like “Why Civil Resistance Works,” are beginning to demonstrate from a purely pragmatic perspective – with extensive evidence and hundreds of case studies over the last century – that nonviolent action is simply far more effective than using violence in political struggle.

And regarding the Nobel Peace Prize, my hunch from reading interviews with Sharp is that he would not want to take credit away from the people on the ground who risk their lives in nonviolent struggle. As Sharp rightly told the New York Times last week, “The people of Egypt did that — not me.”

The Keystone XL Pledge of Resistance takes off