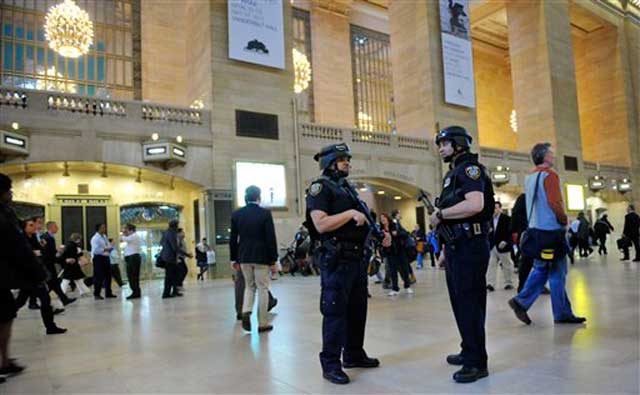 “The assumption is that bin Laden’s disciples would like nothing better than to avenge his death with an attack in New York,” Police Commissioner Raymond Kelly told reporters this afternoon.

Somehow that thought hadn’t crossed my mind, as I traversed the streets of New York this afternoon. I suppose the media I had seen up to that point was too busy touting the joyousness of the occasion to point out the obvious: violence tends to breed more violence.

Honestly, though, it wouldn’t have mattered. As much as we all seem to understand that basic dynamic, we’re helpless to break the cycle or even criticize it. The people outside the White House last night, cheering bin Laden’s death, were, even according to Police Commissioner Kelly’s logic, safer yesterday, when bin Laden was still alive, than today when he was pronounced dead and buried at sea.

Of course, we’d be even safer if we weren’t at war with several countries in the Middle East and supporting several others that have brutal regimes. To be completely safe, though, we would have to engage in nonviolence, or more appropriately Gandhi’s form of it, known as satyagraha. In that sense, we would be building life sustaining systems in the Middle East, which would dissolve the tension and desperation that breeds terrorism.

Instead, we celebrate the killing of a terrorist—who was largely insignificant just a few days ago—only to potentially reignite his cult and invite them to attack us. To lull ourselves into a false sense of security we populate our major hubs with “anti-terror squads with assault rifles and bomb-sniffing dogs.”

Is this really cause for celebration?