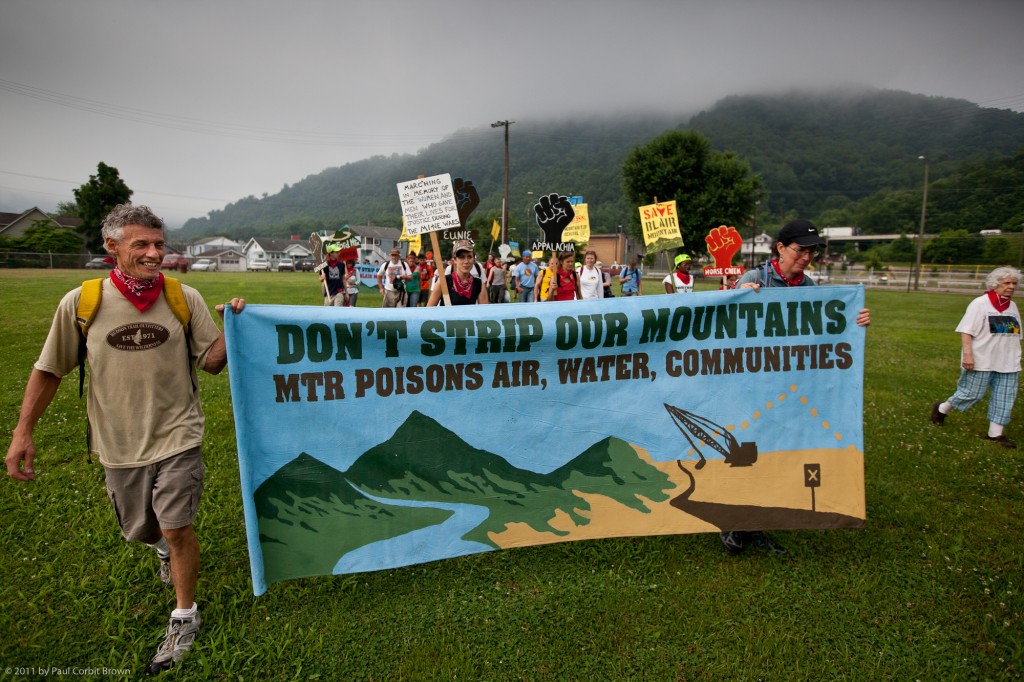 Hundreds of miners, activists, students, academics, environmentalists, and other citizens are marching to West Virginia’s historic Blair Mountain in an effort to save it from mountaintop removal. They are currently on day three of their five-day 50-mile march, which will culminate in a rally at the foot of the mountain on Saturday, with Robert Kennedy Jr. and other notable speakers lined up. More importantly, a direct action is also excepted to take place.

Last month, as part of their preparation, the marchers received training in the basic skills and strategy of nonviolence. While this may not seem like a remarkable fact in the current era of grassroots organizing, it’s actually quite interesting, given the historical significance of the march.

In late August and early September 1921—almost 90 years ago—10,000 miners walked the same route. They were trying to organize union mines after years of exploitation in the southern West Virginia coalfields and they were prepared to do so with guns. By the end of August, the Battle of Blair Mountain—the largest armed insurrection since the Civil War—was underway.

Although the miners outnumbered the local anti-union sherriff and his forces, they lost decisively. Between 50 and 100 miners were killed, compared to 30 on the sherriff’s side. This seems to underscore one of the more basic arguments for nonviolence: the state is always better armed. In this case, the sheriff had access to private planes that dropped homemade bombs, as well as gas and explosive bombs leftover from WWI. Following the battle, 985 miners were indicted on murder and treason charges and union membership plummeted dramatically until the New Deal breathed life back into the United Mine Workers Association. 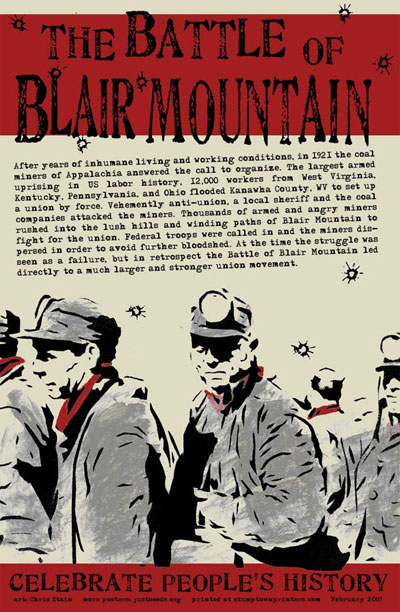 Nevertheless, the bloody battle did expose the plight of the miners to a national audience and led to a revision of union tactics—ones that focused more on getting the law on labor’s side. In this context, the destruction of Blair Mountain by a mining company is tantamount to erasing a people’s history. No wonder there are people trying to save it, as well as the natural beauty and health of the region.

As one of the current marchers, whose grandfather helped lead the miners in 1921, wrote for the March on Blair Mountain website:

Today, my connection is even more personal as I march alongside so many brave men and women who have become my friends and compatriots. Thus, to the rest of the country, I say this:

Hopefully, this time around, armed with nonviolence, instead of guns, the marchers will acheive victory, if not usher in a new and more peaceful chapter in the region’s history of resistance.

How Afghanistan’s peace movement is winning hearts and minds

The Battle of Blair Mountain redux