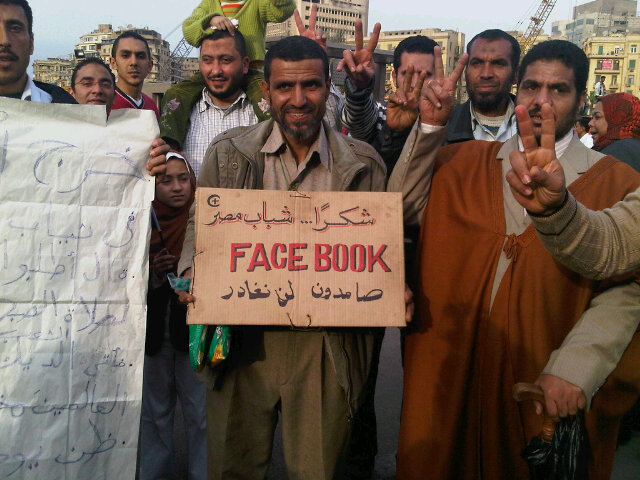 Tina Rosenberg, whose recent book Join the Club is a must read for activists, had a piece on the New York Times’ Opinionator blog yesterday criticizing the importance of social media in social movements. In keeping with the thesis of her book—that peer pressure is the driving force behind social change—Rosenberg argues, much like Malcolm Gladwell, that “the idea of Facebook Revolution has been a great example of wishful thinking by the digerati.” She does cite, however, one recent event that gave her some second thoughts.

On Friday, I wrote about Friendfactor, an organizing tool used in the successful battle for gay marriage in New York State.  Friendfactor combines social media and real-world friendship to motivate people to get active.  Instead of getting an e-mail from a group asking you to support a political goal, you get one from a close friend or family member asking you to “help me get my full rights.”    Friendfactor is particularly interesting because it seems to offer a solution to one of the biggest obstacles in using social media for political change:  people need close personal connections in order to get them to take action — especially if that action is risky and difficult.

The Friendfactor story is an interesting one in its own right and worth a read. But despite the promise it offers for strong-tie building, Rosenberg still concludes that social media are nothing without “careful strategy, meticulous planning, strict nonviolence, unity.”

David Faris took exception to this belittling of digital activism in a blog post for the Meta-Activism Project:

What I would love is for Tina Rosenberg to find someone who studies digital media and thinks that street tactics were unimportant in the Egyptian revolution. My own interviews with activists and planners suggest that at least 10 days of careful on-the-ground planning – including timing how long it would take to march down certain streets as well as producing tactics to produce the illusion of greater numbers – went into the Tahrir protests. I don’t think any rational person would argue that the “digerati” put out the call on Facebook and then magically there were a million people in the streets.  Why must these two things be mutually exclusive? Egyptian organizers also learned a great deal about protest tactics from their Tunisian counterparts – and much of this learning took place with online exchanges, including back-and-forth exchanges on, yes, Facebook. This rigid demarcation between “on-the-ground” and “digital” simply does not square with the reality of today’s organizers.

It is an efficient and cheap way to give members information — much better than putting up posters.  It also conveys to members the highly motivating realization that they have big numbers — people who know their pro-democracy Facebook group has 70,000 members will be much more excited and less fearful than people unaware they are part of a very big group.  And it is an efficient way to transfer skills and information; for example a CANVAS manual for nonviolent struggle has been downloaded 15,000 times in Arabic since February.

As far as the potential for social media, exhibited in platforms like Friendfactor, Rosenberg says the best they can likely do is “reach deep or reach wide” but probably not both. Faris, however, begs to differ:

But of course social media do both of these things – they bind you to your close friends while also giving you massive amounts of free and easy information about acquaintances. We don’t just protest because our three best friends are doing it – we also do it when our 450 acquaintances all sign up for it too, or when we see 100,000 people committed to do something we believe in. And even if you buy the argument that we only care what our close friends do, chains of information dissemination can pass through circles of close-knit friends and still reach hundreds of thousands of people. That kind of strength in numbers makes individuals much more likely to take the considerable risks associated with protest in authoritarian regimes.

This is an interesting debate but it should be noted that the Meta-Activism Project is providing cutting edge research on this quickly developing field. Perhaps it is not getting the respect it deserves because it is not yet as advanced or as deeply embedded as our understanding of on-the-ground activism. But as Egypt clearly shows, no modern understanding of activism will be complete without continued research and experimentation in the field of digial activism.

For an even more in-depth argument explaining the success of social media in Egypt be sure to read the rest of Faris’s post.

Inoculating our children against fear and hatred