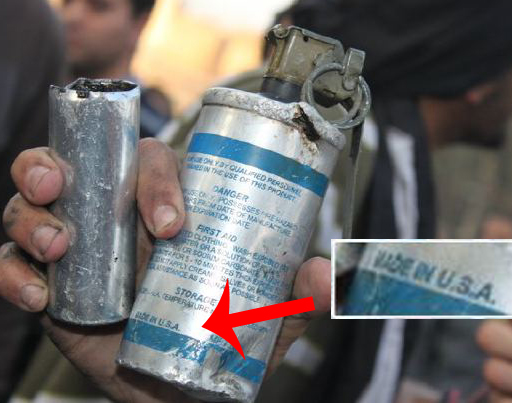 In the negotiations for the Arms Trade Treaty, which wrapped up earlier this month, one subject that was not clearly addressed was the sale of crowd control weapons—such as tear gas, rubber bullets, water cannons and electric shock stun guns—that are regularly used in cracking down on peaceful protest. The problem is that the sale of these weapons is big money for many Western governments. As the Inter Press Services reports:

AI [Amnesty International] said it has identified U.S.-made tear gas canisters and solid rubber bullets, and French tear gas grenades and solid rubber dispersion grenades in the aftermath of the attacks on civilian demonstrators in the streets of Bahrain early this year.

The main arms suppliers to Bahrain, Egypt and Libya have been Belgium, the Czech Republic, France, Germany, Italy, Slovakia, the UK and the United States, according to AI.

While the negotiations on the treaty—which is expected to be signed next summer—have concluded, the struggle to have crowd control weapons included isn’t entirely over.

Jeff Abramson, coordinator of the Control Arms Secretariat, a global civil society coalition, told IPS the last draft of the chairman’s text will need to be transformed into treaty language, but the precise process as to how that will happen is still unclear.

“There could be both improvements and backsliding as that happens,” he said.

Members of the Control Arms coalition will be working hard to see that improvements occur on what is generally a positive paper now, he added.

“Those areas for improvement include inclusion of police and crowd control equipment, the same items that are often used to commit the abuses for which a robust Arms Trade Treaty would work to stop,” noted Abramson.

A week of action to stop tar sands profiteers