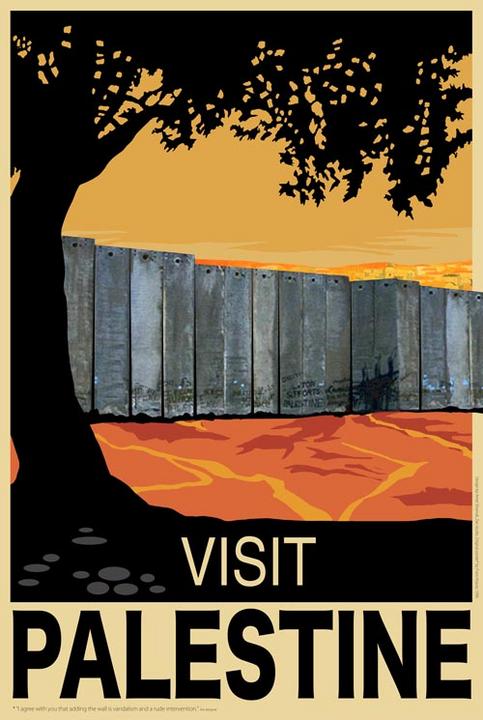 I’ve been watching with fascination and delight the “Welcome to Palestine” action and the reaction by the Israeli government, security apparatus, and press. Why delight? Because I am one of those people who have arrived and departed Ben Gurion Airport—eight times so far—and understand the harassment one can face if “confessing” to be en route to or from occupied Palestine. Some of my most shameful moments as an educator, workshop facilitator, and writer/blogger have taken place at Ben Gurion Airport.

“What is your purpose in Israel?” the passport control agent asks. “To visit friends in Israel,” or, “For tourism in Tel Aviv,” or, “To attend a  conference in Israel.” Upon departing, I lied as well, as many of us who stand in solidarity with Palestinian nonviolent activists often do. The lies expedite our exit, protect our friends and colleagues, and safeguard the truth (through photos, videos, interviews, and stories) that we intend to release once we’re home.

The “Welcome to Palestine” campaign and conference confronts a deception. It exposes the control that Israel has had over our right to freedom of assembly and association, and to Palestinians’ right to those basic universal human rights. More importantly, it directly challenges the status quo, particularly the Israeli travel tradition and policy imposed on activists, educators, filmmakers, and citizen journalists for too long. The campaign is about truth, as the organizers and participants state in one of their objectives: “refuse to lie about the reason we have come or to sign illegal commitments not to enter the Palestinian territories. We will not hide the fact that we have come to visit our Palestinian friends.”

From a theoretic and strategic perspective, the action undertaken by those foreign activists is selective resistance, highlighting a specific, limited issue or grievance that symbolizes general oppression. This nonviolent tactic (arriving at the airport and being forthcoming with one’s intention to visit Palestine) is a form of noncooperation. Although international solidarity activists have participated in campaigns and nonviolent actions for years in occupied Palestine, what we witnessed this weekend is a unique action that openly defies a policy directly targeting those of us who have supported Palestinians for years, but who could not be truthful even though we broke no laws.

“Welcome to Palestine” has incrementally raised the cost of a repressive policy. But for Israel the cost is more than just financial. Not only was the government forced to mobilize hundreds of additional security forces at the airport, it also had to work overtime on a public relations campaign, negotiate, coax, and perhaps coerce particular international airlines, and then manage its domestic press as well as international media coverage. The noncooperation campaign cost the opponent time, money, resources, reputation, and legitimacy. Upon arresting the activists detained at the airport, the Israeli government will also bear diplomatic pressure. It will have to manage and repair its self-image, as independent journalists on the scene portray bullies or a mobocracy. This is a very different picture than the state’s traditional portrayal of its citizens as victims. That narrative is now being turned inside out.

One may ask: why make it so difficult for everyone to enter Palestine, particularly when it’s common knowledge that foreigners from all over the world have been supporting Palestinian nonviolent action for years, even decades? The truth is that nonviolent action presents a real threat. Nonviolent campaigns fly in the face of the terrorist rhetoric. Also, international solidarity activists are increasingly serving as witnesses to the brutality Palestinian nonviolent activists face and this is challenging Israel’s assertion that it is defending itself from terrorist attacks. The growing contingent of Israeli activists participating in West Bank nonviolent actions is creating an added internal dilemma for Israeli authorities and security forces.

One striking irony in Israel’s policy of non-visitation to occupied Palestine is a 1936 poster, designed by Jewish artist Franz Kraus. The poster was published by the Tourist Association of Palestine, a Zionist development agency that encouraged Jews from around the world to participate in “nation-building” in the early days of the Zionist movement. The poster is now a symbol of defiance for Palestinians and their international supporters.

My most recent visit to Palestine was a year ago. I was in Ramallah, Bethlehem, and Budrus to conduct nonviolent education and visit with Palestinian women in resistance. At the conclusion of my trip, an Israeli friend drove me to Ben Gurion Airport. I was rehearsing my exit interview, and I was nervous—had I sufficiently hid and renamed my photos and video footage on my laptop? Was any written material or notes in my carry-on luggage? Was my fictitious story of where I had been believable? My Israeli friend gently said to me, “What you have done here these past weeks is not illegal, you have done nothing wrong, remember that.”

There will no doubt be other such campaigns, probably larger and more coordinated than this one. Yet “Welcome to Palestine” has paved the way for hundreds of us to openly challenge a policy of deceit. It has cracked a status quo and offered a direct challenge, and similar actions will need to be designed by many more people in a united, strategic fashion. Ben Gurion security personnel would finally be liberated to focus on violent threats and contraband rather than on nonviolent educators and supporters. May we persist and declare the truth upon entry: “I’m here to visit Palestine.”

Visit Palestine and declare the truth