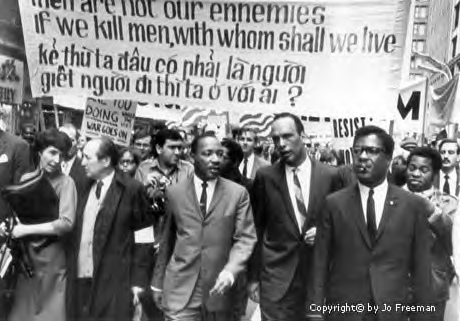 It is not enough for me to stand before you tonight and condemn riots. It would be morally irresponsible for me to do that without, at the same time, condemning the contingent, intolerable conditions that exist in our society. These conditions are the things that cause individuals to feel that they have no other alternative than to engage in violent rebellions to get attention. And I must say tonight that a riot is the language of the unheard.

If there’s any question—in this time of deep spending cuts and high unemployment—as to whether the same can be said about the riots plaguing parts of London these past four days, one need only look at where they are occurring.

In the following map, published by The Guardian earlier today, the riots are clearly taking place in the poorest areas of London (represented by the dark red), indicating that the spark-plug has more to do with the staggering economy than anything else. Nevertheless, the racism and police violence must not be overlooked, as they are all part of the same dysfunctional system. 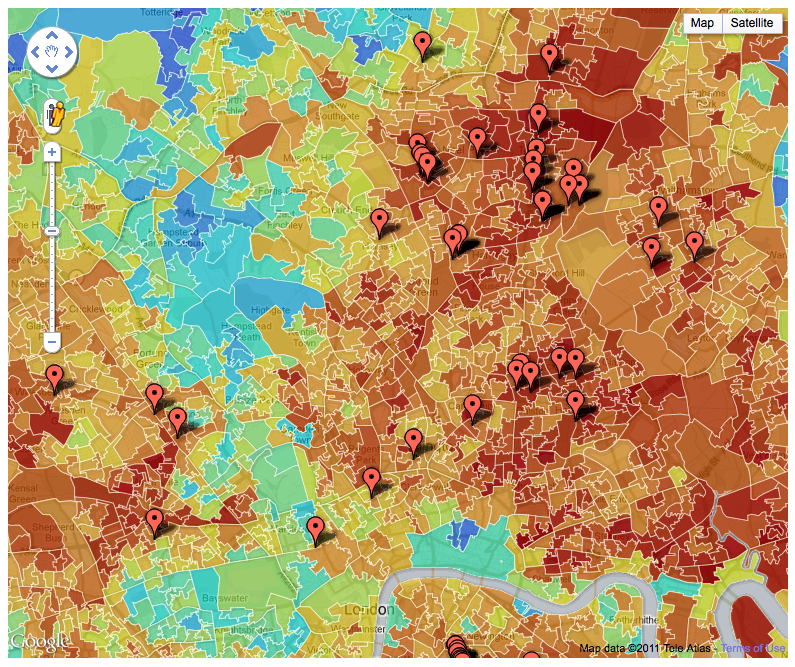 None of this is to excuse the violence, which has ruined many small businesses and resulted in injuries, as well as death. But something can be both inexcusable and understandable.

It’s at this point that some might say it’s too late for nonviolence—that it couldn’t ultimately supplant the rioting now going on. But King actually had the experience of such a transformation occurring when he visited Watts shortly after the riots in 1965. As he wrote in his autobiography:

What I emphasized is that, in spite of all of the hostility that some Negroes felt, and as violent and destructive as the mood temporarily became, it was not yet a blind and irredeemable condition. The people of Watts were hostile to nonviolence, but when we actually went to them and emphasized the dangers of hatred and violence, the same people cheered. Only minutes before the air had been thick with tension, but when they were reminded of the Rev. James Reeb and Viola Luizzo, the martyrs of the Selma campaign, they cheered the thought that white people can and do cooperate with us in our search for jobs and dignity.

Then again a year later in Chicago—a city brimming with segregation, poverty and violence.

After the riot in Chicago last summer, I was greatly discouraged. But we had trained a group of about two thousand disciplined devotees of nonviolence who were willing to take blows without retaliating. We started out engaging in constitutional privileges, marching before real estate offices in all-white communities. And that nonviolent, disciplined, determined force created such a crisis in the city of Chicago that the city had to do something to change conditions. We didn’t have any Molotov cocktails, we didn’t have any bricks, we didn’t have any guns, we just had the power of our bodies and our souls. There was power there, and it was determined once more.

There are signs of hope in London through the peaceful acts of those who have been organizing cleanups through Twitter and Facebook. According to the Daily Telegraph:

An online campaign, Clean Up London, (Riotcleanup) had 27,500 followers on Twitter by mid-morning on Tuesday, as it instructed people to congregate to remove the glass and bricks strewn across the streets of the city.

But these Londoners will have to do more with their sense of civic pride than merely clean up the streets—they must clean up the filth of the economic system that bred these conditions. As King noted, “It must be remembered that genuine peace is not the absence of tension, but the presence of justice.”

Boggs standard time — in Detroit and beyond

The power of the fast, from Guantánamo to PNC Bank