I noted at the end of my earlier post that nine people were arrested on Wall Street in New York City on September 1 while conducting a test run of the police response in preparation for #occupywallstreet, the sustained action slated to begin on September 17. As of my last writing, the video taken of the test run was still being kept private while the participants were awaiting legal advice. Now it’s up:

Notice the sleeping pad and mattress, along with the guitars and other festivity equipment. Since planning for the occupation began in earnest in early August, there has been ongoing debate about whether it will even be possible to set up camp in Wall Street without immediately breaking the law. The prospect of risking arrest like that en masse could put a real damper on participation.

But a couple of weeks ago, a member of the September 17 tactics committee informed the group over their email list that, according to a 2000 district court decision in New York, “the United States Constitution does not allow the City to prevent an orderly political protest from using public sleeping as a means of symbolic expression.” Erecting structures isn’t protected by this decision, though. Since then, there seems to be agreement that tents are no longer part of the plan. For instance, US Day of Rage’s tactics cheat-sheet for the 17th says:

Camping … is prohibited. DO NOT SET UP A TENT. 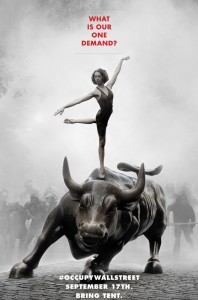 Discipline might be hard to attain on this point, especially since one of the few messages given on the original Adbusters call (right) for #occupywallstreet was “BRING TENT.” No wonder US Day of Rage used all caps.

It appears that a number of September 17 prospective participants come with experience from Bloombergville, the extended encampment earlier in the summer protesting the city’s budget cuts. One, a graduate student at the City University of New York, told me over email that her initial interest in the Wall Street occupation stemmed from the “positive experience” she had at Bloombergville. “I think Bloombergville’s three-week encampment near City Hall was a unifying experience for many in the New York City left,” she said. “Sleeping on the sidewalks together, resolving logistical issues—such as food, shelter from rain, showers—and planning actions throughout the day is quite the bonding experience.”

That might not be possible on Wall Street. On June 6 I watched as, even with a permit, a very small procession was prevented from demonstrating there by men in suits, city police with assault rifles, cages, and horses. 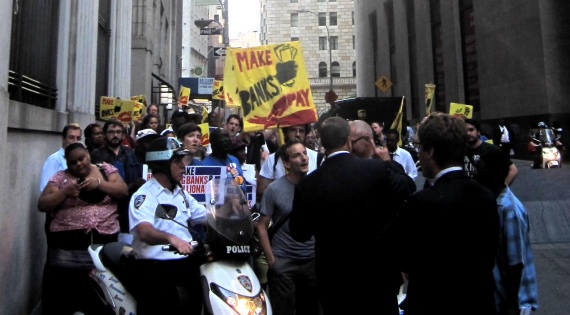 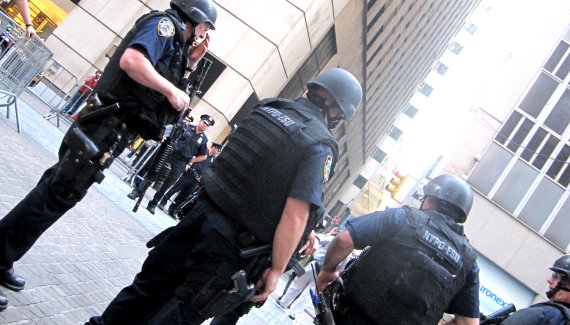 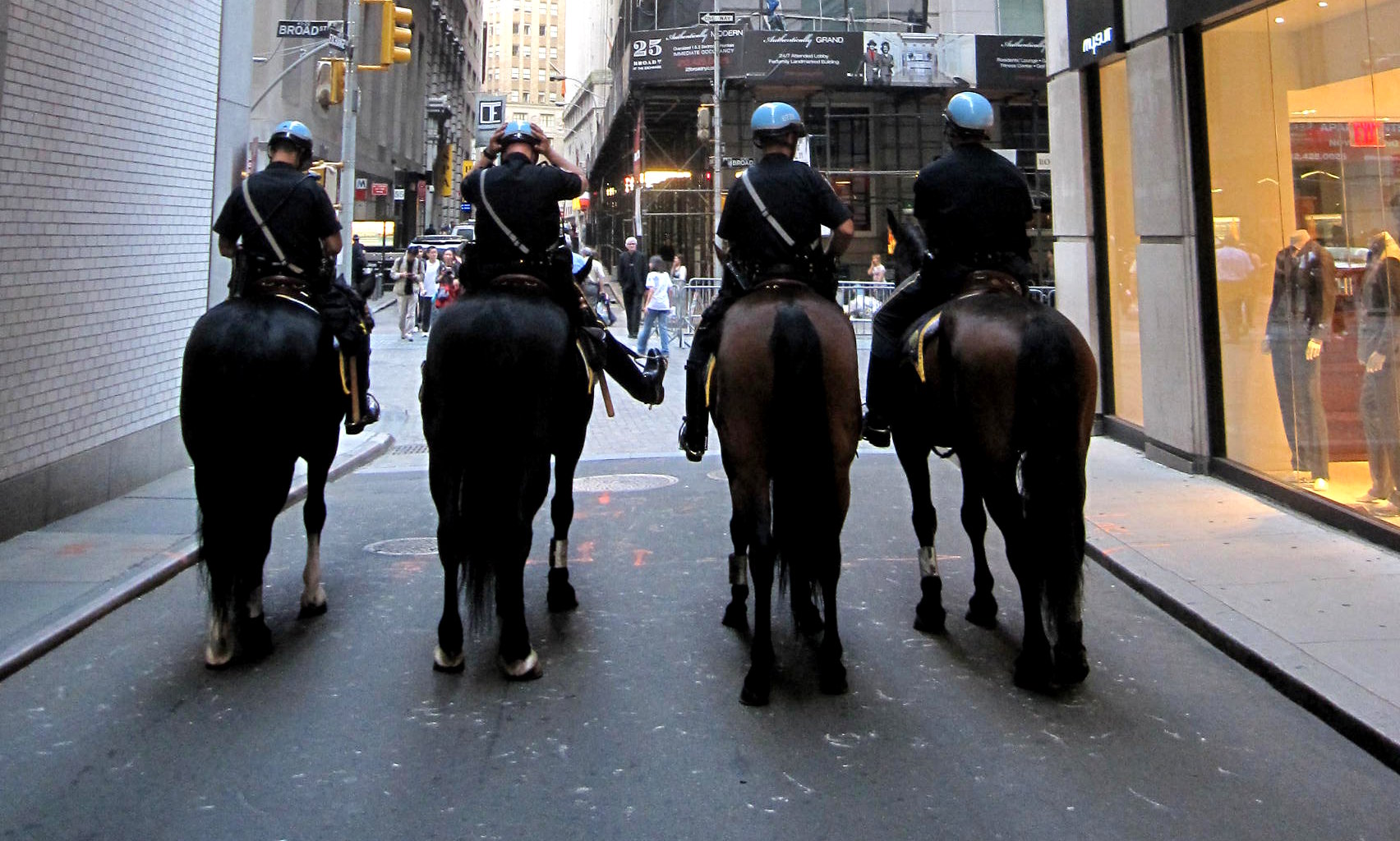 As the video above shows, the test-run demonstrators were arrested despite citing the law to the police. They were within their rights. Eight were released that night and, inexplicably, one more was held until the next day. All of his charges were dropped, and the others expect the same.

It remains to be seen how the police will prepare, and how they will respond, and to what they will actually be responding. “Even at Bloombergville, we were relocated six times,” the CUNY graduate student remembers. “I guess we’ll find out on the 17th.”

Arrests during test run for #occupywallstreet