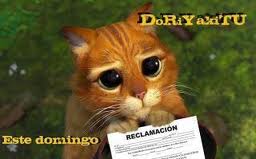 As expected, the right-wing Partido Popular won the general election in Spain on Sunday, as they did in regional elections last May. But what is easy to interpret as a defeat of the May 15 movement, which helped inspire the Occupy movement in the U.S., has a different meaning if we look more closely: the vote has been diversified and two-party rule is in decline.

The center-left party PSOE lost more than 4.2 million votes in this election, out of 34 million voters total. Meanwhile, the PP gained nearly 500,000 more than the last general election in 2008. So where are the other 3.7 million votes? Aside from a small increase of abstention (from 26 to 28 percent), null votes (1.29 percent, double that of the 2008 election) and blank votes (from 1.11 to 1.37 percent), the remaining votes that PSOE lost went to smaller parties. Now in the Congress there are 13 political parties total, more than at any time since 1989. The minor party that had the largest increase in its presence in Congress is Izquierda Unida, which includes in its platform almost all the aspirations of the May 15 movement. Izquierda Unida has swelled from 2 seats to 11.

Other parties whose presence has grown markedly in Congress include the CIU (from Catalonia, from 10 to 16 seats), the UPyD (from 1 to 5 seats) and Amaiur (7 seats). This last party was born at the same time as the terrorist organization ETA announced it would renounce violence last month.

The May 15 movement, therefore, is tasting a bitter victory. Although a significant number of citizens has chosen to turn their back on one of the major parties and two-party system may be starting to disintegrate, the disproportionate nature of the Spanish electoral system has helped slow this trend, and the PP has been the major beneficiary. In the wake of a vibrant, left-leaning popular movement, the right gained an upper hand.

The presence of the May 15 movement was also felt in the Senate, a body that the movement considers pointless because it has no real power. Abstentions, blank votes and null votes combined totaled nearly 40 percent.

Now, after this election’s results, the movement’s attention is turning more toward a fight for a reform of the Electoral Law, which would allow the further erosion of bipartisanship in the Spanish political mainstream.

Spain’s election a bitter victory for the May 15 movement