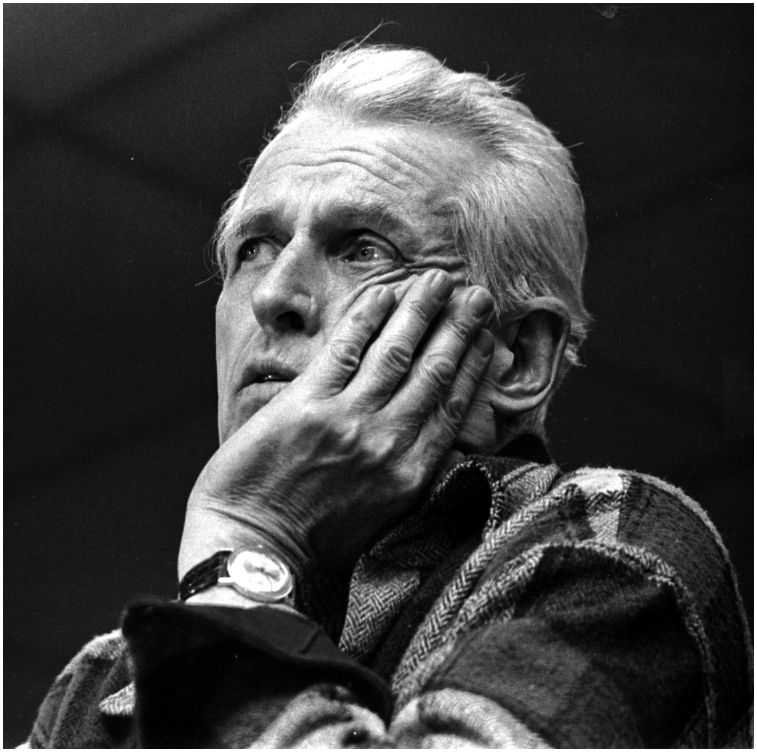 My dad died nine years ago this week. Talking about waging nonviolence and little insurrections.

In life, as in dying, my dad was a peaceful warrior.

In the fall of 2002, after months of feeling lousy and only very slowly healing from hip surgery, Phil Berrigan, priest, peace activist, father of the plowshares movement and three kids, went to the doctor. The verdict came back harsh: advanced (stage 4) and aggressive liver cancer that had metastasized to his kidneys. The doctors said they could treat it with chemotherapy, but the chances of a full recovery were slight. Dad was up for trying chemo and wanted to let the doctors—oncologists at the top of their game at Johns Hopkins—a chance, but after one round of chemo, he said “no more.”

Friends from far and wide offered alternative cures, advice, great stories of teas and herbs that (against all odds) allowed them to live cancer-free. But, our dad sat us down and told us that he was seeking healing, not a cure; putting his faith in God and in us—praying for healing and for the faith to be strong in the months to come and asking us to start preparing for a life without him. He was not afraid, he told us. He loved us and he was sad, but he would be ready.

And then, with clear eyes and a lot of compassion, he got down to the hard work of dying with dignity.

The hallmark of the next few months was gratitude. I would sit and read with him. “Thanks, Freeds,” he’d say. My sister would bring him a drink. “Thanks, love,” he’d say. My brother would spend time with him. “Thanks for giving an old man a lift,” he’d say. My mom, the Jonah House community, the continuous stream of friends and relatives who came to say hello, spend some time, and say goodbye all experienced the same thing—thanksgiving. Dad allowed no gesture, however small, to go unappreciated.

When some of the day-to-day care became too much for us, we brought in hospice care. They were amazing. They respected what we were doing—loving our dad on his journey to death. Letting him die the way he lived; surrounded by people, surrounded by love, resisting the medical-industrial-complex. There must have been 25 people staying at our house during those last two week of Dad’s life and we all had a role to play. Our sister in law Molly and I cut up Dad’s clothes and made a banner that said “They Shall Beat Their Swords into Plowshares. Nations Shall Learn War No More.” He has so few clothes that we had to use a pair of drawers for “nations.”

He stopped eating; he did not want to drink. His breath grew labored. Magnified by the baby monitor in his room, his breathing became the off-kilter metronome of our days, as we planned the funeral, shared stories and memories, prayed, cried and laughed.

On December 6, sometime after dinner, he died. We stood around him and prayed and cried and said goodbye. The pine box that my brother and friends made was ready, beautifully painted by iconographer Bill McNichols. We prepared the body and laid him in the coffin in dry ice.

The wake and funeral were both at Saint Peter Claver, where he had served as a priest decades earlier. The night after the wake, we gathered around him one last night and then nailed the coffin closed. I remember my Uncle Jim- my dad’s oldest living brother at the time- driving nails deep with just two whacks at the hammer, in contrast to my own clumsy, off centered pings with the hammer.

The next morning was cold and clear, so beautiful. Dad was loaded on to the back of a pickup truck and my sister Kate, Molly and I rode in the truck with him while most people processed carrying signs and banners to the church for the funeral mass.

I don’t remember that much of the service, but it was a strangely happy occasion. Dad was gone, but in a room full of people who loved him, he was still so present. That presence was the theme of Kate and I’s eulogies (it is online—at the bottom of the page—here). We took turns reading paragraphs, it is nice for me to go back and hear her voice in some of the lines:

He is still very present to us, and the work we do (all of us), today and tomorrow and for the rest of our lives, will keep our dad close to us.

He is here with us every time a hammer strikes on killing metal, transforming it from a tool of death to a productive, life-giving, life-affirming implement.

He is here with us every time a member of the church communicates the central message of the gospel (thou shalt not kill) and acts to oppose killing, rather than providing the church seal of approval on war.

He is here whenever joy and irreverent laughter and kindness and hard work are present.

I have spent a lot of time thinking back on my dad’s life this week, and it makes my heart open wide and smile to know how present he is in the struggle and cacophony, the hard-born miracle that is Occupy…Everywhere.

Kate and I ended by saying:

Thanks, Dad, for lessons in freedom, inside and outside of prison. And thanks to all of you for struggling toward freedom and working to build a just and peaceful world. Our dad lives on in you.

Thanks to everyone out there doing the hard, life-giving work right now.

Renouncing the right to bear drones

The banality of injustice for Bradley Manning

A peaceful warrior lives on in us