If 2011 — with the emergence of the Arab Spring, Europe’s Indignados and Occupy Wall Street — was the year of the protester (as Time magazine acknowledged), what was 2012? Given the near total dominance of election coverage, it would be easy to assume that this was the year of a return to politics as usual. After all, Time reverted to naming President Obama its “Person of the Year” — an honor it also bestowed on him in 2008.

But as much as the massive street protests that toppled regimes and forced governments to hear the cry of the 99 percent may seem to have faded, those of us who follow people-powered movements day in and day out know that there was much, much more to 2012 than elections. From protesters’ return to Tahrir Square in Cairo amidst President Morsi’s dictatorial decrees to the wave of Russian opposition protests, including the brave and controversial actions of Pussy Riot, democracy movements remained vigilant. Meanwhile, in the United States, Occupy re-emerged in the wake of Hurricane Sandy as a leader among the relief efforts, and the climate movement escalated its use of direct action against a myriad of fossil fuel targets.

At Waging Nonviolence we have tried to keep you informed about all these movements, as well as the many others that flew even more under the radar. With 2012 coming to a close, we decided to cull through our archives from the past year and pick out some highlights of what impressed and excited us the most. After reading through our picks, we hope you’ll consider sharing yours in the comments. 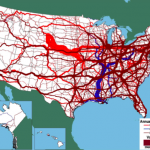 Strategy of the Year
Workers use globalization against Walmart
After years of seeing their rights slowly eroded by the process of globalization, workers at key points in the supply chain of the nation’s largest employer realized they could create massive disruptions in the process by engaging in wildcat strikes. [“How Workers Are Using Globalization Against Walmart” by Matthew Cunningham-Cook, October 24] 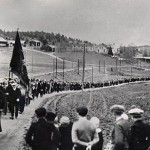 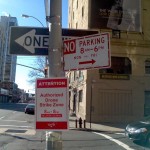 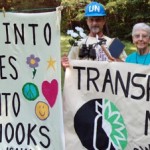 Most Daring Action
Transform Now Plowshares
How secure are the United States’ vast nuclear stockpiles? Apparently not so secure that three gray-haired anti-war activists, including an 82-year-old nun, armed with little more than flashlights, bolt cutters and a Bible can’t break in. Facing 20 years in jail, Sr. Megan Rice says their aim to end nuclear weapons “is something to give our lives for.” [“Peace Activists Close Nuclear Facility, Cause Historic Security Breach” by Nathan Schneider, August 3] 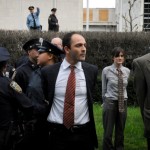 Best Prefigurative Action
Disrupt Dirty Power arrested on the U.N.’s lawn
In the midst of anti-NYPD sentiment and angry protests, a small group of activists from the OWS affinity group Disrupt Dirty Power turned the police-protester dynamic on its head by dressing up as bankers and CEOs and forcing the cops to arrest the 1 percent. [“Finally, OWS Gets Police to Arrest the People in Suits” by Bryan Farrell, March 26] 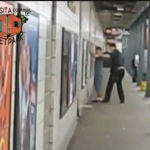 Best Way to Police the Police
Copwatch
While legislative reform of the NYPD’s controversial stop-and-frisk program remains slow, impacted communities are finding new and innovative tactics for dealing with discriminatory policing. One of the most promising tactics has been Copwatch, in which individuals or teams film police officers in action. [“Police on Playback — Copwatch in New York City”  by the New York Video League, October 22] 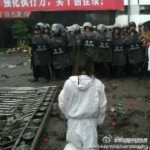 Best Social Media Campaign
Chinese anti-chem protesters
The revolution may not be tweeted in China, but it has been an essential tool in combating environmental issues. Last summer, after millions voiced their opposition to a copper plant on Weibo, the Chinese equivalent of Twitter, the central government intervened and forced the project to be shut down. [“Chinese Anti-Chem Protest Goes Viral and Wins” by Jason Q. Ng, July 8] 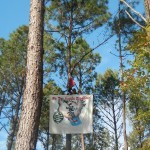 Most Defiant Campaign
Tar Sands Blockade
A year after 1,253 people were arrested outside the White House during two weeks of sit-ins against a 1,700-mile pipeline from Canada to the Gulf Coast, an unlikely coalition of Texas landowners and activists formed to physically block its construction with tree-sits and lockdowns. [“Don’t Mess With Texas’ Tar Sands Blockade” by Will Wooten, August 15, 2012] 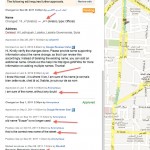 Best New Tactic
Syrians redraw their own maps online
As the nonviolent Syrian resistance movement slipped into civil war, activists continued to show their creativity and courage in many ways — including by not waiting for Bashar al-Assad to step down before renaming the streets of their cities though an innovative use of Google Maps. [“Syrians Map Their Future, Post-Assad” by Mary Elizabeth King, February 27] 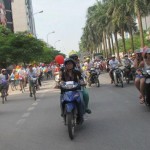 The Story Everyone Missed
Vietnam LGBT community wins legal recognition
After years of struggle on many fronts, sexual minorities were surprised to find that the government became willing for the first time to recognize their unions and protect their rights. [“A Happy Surprise for Vietnam’s LGBT Community” by Kirsten Han, August 13] 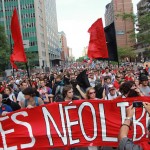 Hardest Fought Victory
Quebec Students reverse tuition hikes
Thanks to two years of organizing and a spring and summer of massive nightly street protests, students in Quebec and the allies they earned throughout society succeeded in resisting a planned tuition hike thanks to an electoral win. [“Quebec Student Strike Wins Big” by Scott Montreal, September 29] 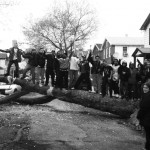 Biggest Comeback
Occupy Sandy
Months after most people believed Occupy Wall Street was effectively over, it came back, mobilizing many of the organizing techniques practiced at the Zuccotti Park occupation and subsequently to deploy tens of thousands of New Yorkers in an effort to aid in the recovery of the neighborhoods hit worst by Hurricane Sandy. [“After Sandy, Communities Mobilize a New Kind of Disaster Relief” by Laura Gottesdiener, November 3]

Why I let my son wear a dress

How did Gandhi win?