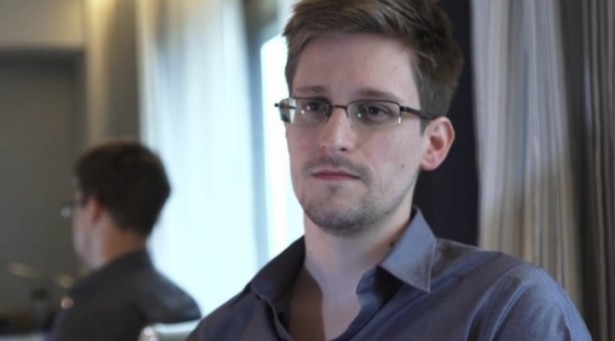 When Edward Snowden surfaced just days after releasing documents last week detailing the National Security Agency’s wholesale data-mining of Internet content and telephone traffic, the very thing he wanted to avoid happened: There was a sudden shift from a riveting focus on unparalleled threats to privacy — and the way the Bush and Obama administrations have largely gutted the Fourth Amendment’s constitutional protections from unreasonable search and seizure — to Snowden himself.

The media and members of Congress largely turned its magnifying glass on the putative criminality of the whistleblower and thus gave themselves permission to step more gingerly around the glaring elephant in the room: that the United States has poured billions of dollars into building a vast capacity to spy on U.S. citizens — and people around the globe — secretly, comprehensively and virtually without accountability.

Snowden, who seems clear about the personal consequences he will likely face for taking this action, felt driven by what he learned about this vast surveillance system to jump ship. By so doing, he not only brought more sunlight into yet another murky corner of the infrastructure of the ever-expanding U.S. global and domestic control — part of the dizzying flurry of recent revelations about drones, special operations and kill lists — he has taught us, just as Bradley Manning, Julian Assange and Daniel Ellsberg did, the critical importance of breaking ranks.

Successful nonviolent movements depend on people breaking ranks: questioning, demurring, disobeying, defecting and withdrawing support. In most cases, this entails a slow process in which a significant percentage of the population gives up its fidelity to the status quo and finds itself shifting. As the late social movement theorist Bill Moyer put it, the population may not agree with the movement’s answer, but it is beginning to question — and even gradually abandon — the traditional one.

This can be more than switching positions. In some cases it can herald a transformation of identity. To no longer support a policy, an institution or a whole system can signal a profound metamorphosis. We no longer identify with this policy. We no longer draw meaning or comfort from going along. At times we break ranks not only with a particular social issue but also from the system, and its assumptions and values, that created and sustained it.

This is one reason nonviolent change is slow. A population does not change its mind easily. It is a gradual process of trying on this new identity — of getting comfortable enough with it to face the external and internal blowback that comes from going AWOL psychologically, politically or culturally.

Sometimes, though, the long-term process of a whole society doing this is given a jolt by a particular example: the individual conscientious objector, the abstainer, and the resister — the one who, as Gandhi said, pits “one’s whole soul against the will of a tyrant.” Not only do the Edward Snowdens of the world help the rest of us see more clearly the realities we are up against — in this case, the institutionalization of unfettered, massive data collection on and profiling of the population — they can shock us into realizing that part of our job description as human beings is our obligation to withdraw our passive or active consent from such policies.

Daniel Ellsberg — who released the Pentagon’s secret study of the war in Vietnam in 1971 and faced 115 years in federal prison for doing so — wrote on Monday that “there has not been in American history a more important leak than Edward Snowden’s release of NSA material.” He said this for two reasons. First, because Snowden has revealed programs “that are blatantly unconstitutional in their breadth and potential abuse. Neither the president nor Congress as a whole may by themselves revoke the Fourth Amendment — and that’s why what Snowden has revealed so far was secret from the American people.”

Ellsberg quoted Sen. Frank Church, who headed the Senate hearings on U.S. intelligence agencies in the 1970s, when speaking of the NSA: “I know the capacity that is there to make tyranny total in America, and we must see to it that this agency and all agencies that possess this technology operate within the law and under proper supervision, so that we never cross over that abyss. That is the abyss from which there is no return.” Ellsberg fears that Snowden’s revelations establish that we, indeed, have entered the abyss. In fact, he goes so far as to say we’ve become “the United Stasi of America,” echoing but also surpassing East Germany’s massive system for spying on its citizens.

But there is another reason Ellsberg finds this a historic act: Snowden’s action may spark an unexpected way out of the abyss. It may inspire others who have knowledge of what is really going on — including in Congress, the executive branch, and perhaps even in the intelligence agencies themselves — to create momentum “to bring NSA and the rest of the intelligence community under real supervision and restraint and restore the protections of the Bill of Rights.”

In many settings over the past 40 years — and especially in the run up to various wars, like the 1991 Persian Gulf War and the U.S. war in Iraq — Ellsberg has urged government employees, contractors and policymakers with security clearances to break ranks with policies of impending destruction and go public. Retired Army Colonel Ann Wright — who was working in the State Department as the war in Iraq was brewing submitted her resignation one day before the invasion began — and a handful of others are examples of conscience trumping silence in this way.

But Ellsberg’s hope does not only hinge on government officials. He believes in people power, something he has affirmed by engaging in innumerable acts of nonviolent resistance and stints in jail in the 40 years since releasing the Pentagon Papers. He invites all of us to break ranks. Without conscientious, coordinated, and creative nonviolent resistance, this superstructure of surveillance and control will simply become more sophisticated, intrusive and anti-democratic. The Roman satirist Juvenal asks in one of his plays, “Who will guard the guardians?” Ultimately, this is up to all of us.

Church of demolished Palestinian village gets Israeli electricity for Christmas