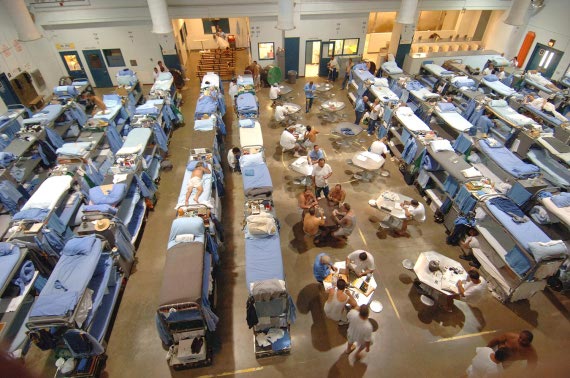 The imprisonment of 2.3 million American citizens, comprising 1 in 99 adults, has been a “success,” according to columnist Ross Douthat in the New York Times:

For a generation now, conservatives, not Dukakis-style liberals, have been making policy on crime. They’ve built more prisons, imposed harsher sentences and locked up as many lawbreakers as possible. Their approach has worked. The violent crime rate has been cut by nearly 40 percent since its early-1990s peak. The murder rate is at its lowest point since Lyndon Johnson was president.

Except… facts are stubborn things.

In addition, “80% of the crime prevented by the incarceration of each additional prisoner is for nonviolent offenses,” continues The Sentencing Project, citing research.  That undercuts Douthat’s implication that lower violent crime and murder rates can be attributed primarily to increasing rates of incarceration.

Douthat also ignores the “war on drugs,” a conspicuous oversight given its centrality to the lock-‘em-up ideology.  The war on drugs is by most accounts a policy failure with no end in sight. While drug offenders packed our prisons, drugs became deadlier and more widespread.  “If anything,” writes Georgetown law professor David Cole, “the war on drugs has probably increased the incidence of crime; about half of property crime, robberies, and burglaries are attributable to the inflated cost of drugs caused by criminalizing them.”

Mass incarceration is a human rights disaster that exacerbates race and class disparities.  It would be widely condemned, Cole hypothesizes, if its effects weren’t “concentrated on the most deprived among us.”  Ending this shameful chapter in American history involves not just alternatives to prisons, as Douthat ultimately recommends, but an honest account of their impact on crime.

Inequality is the real backstory to Sweden’s riots

Mass incarceration not actually that great