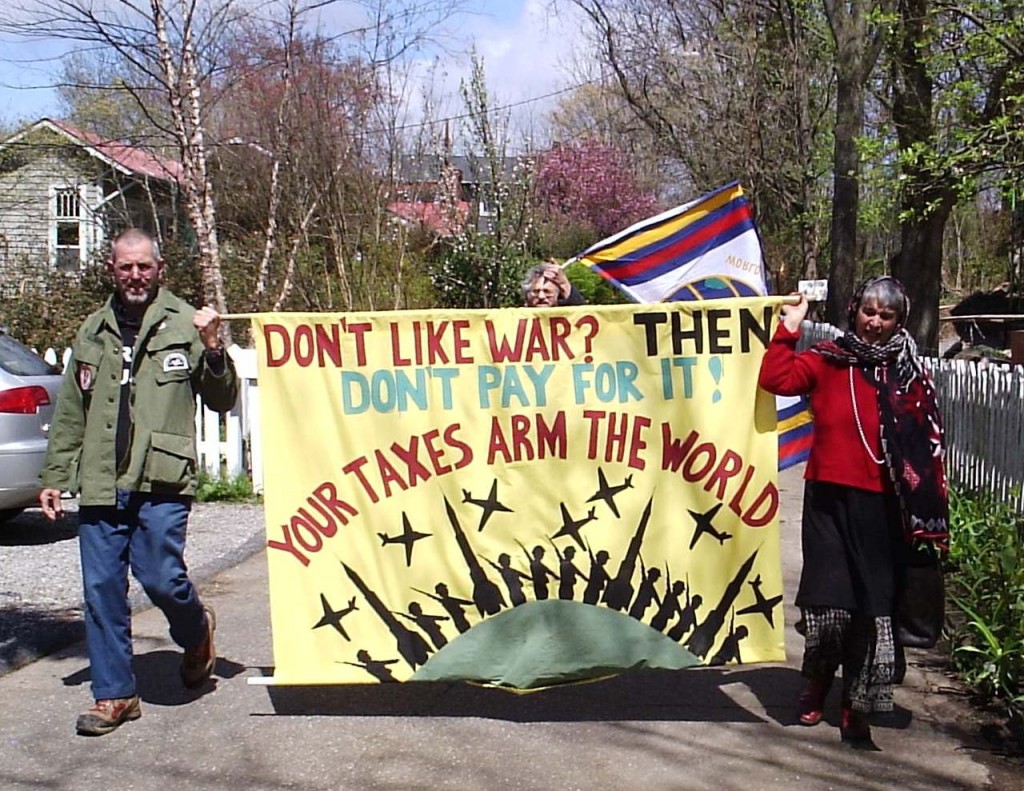 Over at the Huffington Post, Medea Benjamin, co-founder of Code Pink, wrote a nice piece about the search for potential common ground between the antiwar and Tea Party movements.

While I normally think of only hardcore antiwar folks protesting on Tax Day against the percentage of our tax dollars that goes to funding the Pentagon, the Tea Party movement is descending on DC today as well to “protest big government and support lower taxes, less government and more freedom.”

Benjamin writes that members of her organization will be present at this rally – which organizers say will draw hundreds of thousands – and attempt to engage Tea Partiers on the issue of endless war and militarism.

As Tea Partiers express their anger at out-of-control government spending and soaring deficits, we will ask them to take a hard look at what is, by far, the biggest sinkhole of our tax dollars: Pentagon spending. With the Obama administration proposing the largest military budget ever, topping $700 billion not including war supplementals, we are now spending almost as much on the military as the rest of the world combined.

Perhaps the Tea Party and peace folks–unlikely allies–can agree that one way to shrink big government is to rein in military spending.

She then goes on to show how conservatives should been able to get behind many of the arguments that the left makes against war and our profligate military spending.

While I have in the past been critical of some of the tactics Code Pink uses to get their point across, I think this effort to reach out to folks on the other end of the spectrum is an important first step towards bridging the political divide. In true Gandhian fashion, Benjamin writes:

…building peace means reaching out to the other side and trying to find common ground even with those people whose beliefs contradict so many of our own. If the Tea Party is really against runaway government spending, then certainly we can work together to cut a slice out of the military pork that is bankrupting our nation. In extending the olive branch to talk about war, the conversation can hopefully be enlightening on other issues as well, such as banks run amok and undue corporate control of our government.

Who knows what kind of potent brew could emerge when folks on the left and the right–both alienated by a two-party system that doesn’t meet our needs–sit down for tea?

The beginning of the end for nuclear weapons

Can the peace movement and Tea Partiers find common ground on Tax Day?