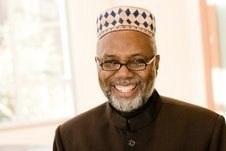 Last week, CNN.com ran an interesting piece by Imam Johari Abdul-Malik, the outreach director of the Dar Al-Hirjah Islamic Center near the Pentagon and the Capitol, in which he draws a connection between the role of the black church in the lives of African-Americans and the present hostility toward Muslims in the United States.

The struggle for equal access, for the right to build mosques in America — not just in lower Manhattan — is reminiscent of the pain and struggle of black Americans for churches, housing, employment and, actually, public acceptance.

Reading this evokes in me the need for a powerful, progressive civil rights movement for Muslims.  If we are not careful, I believe, Muslim-Americans will be fiercely marginalized – more than they already are.

In my community, a large Texan city that is cordial and largely suburban– often called a “big city with a small town feel,” where many people will not be vocal about their feelings – local Muslims are accepted, at least on the surface.

Mosques have sat quietly, without much thought. Often set back behind apartment communities, off main roads, and away from the naked eye’s view, these places are not prominent – nor are they politicized.

That was until the playground of a local mosque and Islamic educational center was vandalized.  The playground was set on fire, a pipe was cut, and a raunchy image of Allah and Uncle Sam appeared.  On the article covering the vandalism in the Fort Worth Star-Telegram, the following statement now appears:

Editor’s note: Comments have been disabled on this report because of repeated violations of our stated policy.

The imam’s message is, in short, a call to action to those who have endured struggle.  With an anecdote, he describes one way in which we can open our hearts to the Muslim-American community:

In March of this year, a group protested my leading an opening prayer for the Virginia General Assembly.  I called the delegate who was responsible for the official invitation – Adam Ebbin, who is white, Jewish, and gay.  He said he looked at the work I had been doing for almost a decade, and said “I will stand by you.”

As he emphasizes, if we do not stand by the Muslim-American community, we will all lose in the end.