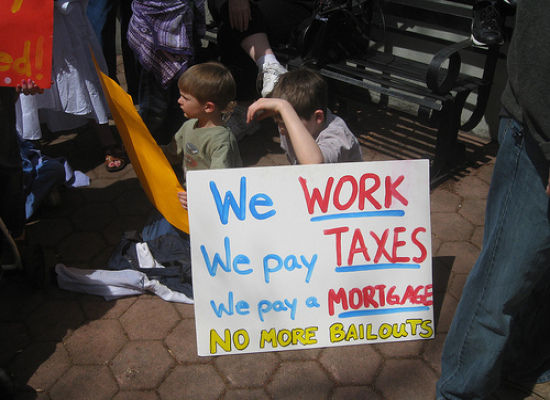 The just past elections showed that the most important instances of nonviolent activism in the last year here in the United States have been the organizing efforts of the various groups that together call themselves the Tea Party. Through rallies, speeches, voter turnout efforts, and the mobilization of various media outlets, the organizers of the movement changed the majority party in the House of Representatives in dramatic fashion, dealing a serious blow to President Obama’s remaining agenda and likely stifling any hope of passing immigration reform or a green energy bill in the next two years. Like all nonviolent movements, the Tea Partiers exercised power by organizing people, gathering in public spaces, talking and debating about how we ought to live together and then took action that changed the character of the world.

On the left and among most of those who study or advocate for nonviolence, the Tea Party is not understood to be a “real” nonviolent movement. First, the Tea Party is in part a creation of Fox News and the so-called grassroots organizations that have done much of the organizing are in fact Astroturf organizations funded by corporations, wealthy individuals or Republican Party operatives. Second, much of what seems to be motivating Tea Party activists, both from a policy standpoint and as indicated by the character of their rhetoric, seems inconsistent with social justice and, in some cases, promotes violence. Some Tea Party activists are pro-gun, anti-immigrant, anti-gay, anti-union, anti-Muslim and/or racist. Indeed, more broadly, we might say that the likely effects of the Tea Party movement is a further acceleration of a decades long trend toward redistributing wealth away from poor and working class people and toward the wealthy. First up on the agenda in this regard is their desire to extend the Bush tax cuts in their entirety. If we understand economic oppression as a form of violence, then clearly the goals of the Tea Party movement are not so non-violent after all.

However, discounting the Tea Party out of hand amounts to a missed opportunity and short-sighted understanding of how power and nonviolence works. If you listen closely to the rhetoric of Tea Party activists, elements – and I stress elements – of what they say resonates in important ways with core principles of nonviolence. They emphasize self-sufficiency, local control over resources, and skepticism about centralized government. They rail against bailouts for Wall Street, large corporations and corruption. Some Tea Party activists have a libertarian streak that leads them to be skeptical of the United States’s interventionist foreign policy and the our current wars in particular, for both moral and financial reasons. Some have been critical of the Patriot Act and warrantless searches. But as important as whether or not the goals of the Tea Party and progressives line up, nonviolent methods, in and of themselves, have meaning.

Principled advocates of nonviolence argue that it is not just a means for achieving a goal, but that it’s concerned with the character of our methods – what processes, what kinds of speeches, what kinds of actions – we use to achieve goals together. The question of whether or not Tea Party activists are “real” nonviolent activists or not is a version of a question that is as old as theories of democracies: What is the difference between democracy and mob rule? The will of the people can be irrational, violent and xenophobic and can mean the exploitation of the few. Yet the rule of the people is the only way to ensure that the few do not exploit the many and discussing and reasoning with others is preferable to relying on the decisions of a few individuals. How can we have the benefits of democracy without the dangers of it?

Some have asked where the Tea Party was when President Bush was running up historic national debt, shredding personal liberties and expanding the scope of the Federal government. However, I think if we look at the last few years through the lens of nonviolence, the appearance of people power that brought President Obama and the Democrats into power in 2008 must be related to the appearance of people power that just won such large gains for the Republicans. The notoriously lethargic and apathetic American people are stirring, and it is having all kinds of effects, both in terms of public policy and the character of our discourse.

If there is one thing that the left and right agree on it is that we are dissatisfied – so dissatisfied that people are taking to the streets, making phone calls, donating money and talking and arguing about politics in ways reminiscent of the tumultuous years of the late-1960’s and early-1970’s. We often hear that the country is polarized and to the extent that means we are no longer listening to each other or brought to a point of desiring to exclude or destroy one another, such polarization is damaging. But in another sense, American democracy has always depended upon the revitalizing power of citizens being brought into the public sphere by severe disagreements about fundamental issues.

What explains success or failure in the Arab Spring?

Will we ever reach true equality?