The New York Times recently asked Gallup to come up with a statistical composite for the happiest person in America based on its efforts over the past three years to measure the components of “the good life.”

Gallup’s answer: he’s a tall, Asian-American, observant Jew who is at least 65 and married, has children, lives in Hawaii, runs his own business and has a household income of more than $120,000 a year. 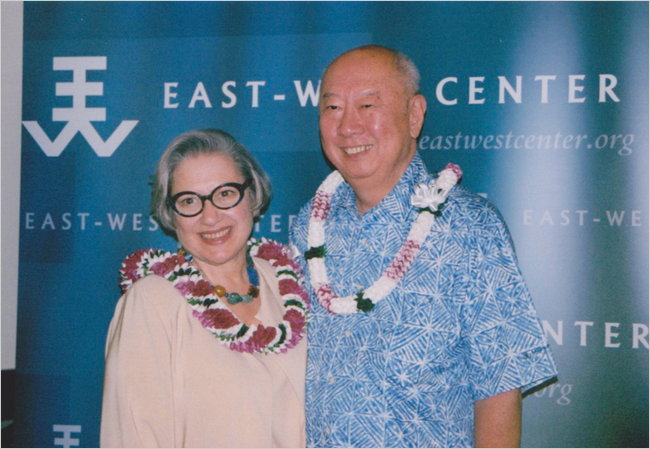 This of course raises several questions. First off, is there actually anyone who fits this description? Surprisingly, there is. His name is Alvin Wong and according to the Times, he’s a 5-foot-10, 69-year-old, Chinese-American, Kosher-observing Jew, who’s married with children and lives in Honolulu, where he runs his own health care management business and earns more than $120,000 a year.

Next couple questions: What does this mean for the rest of us non-Asian-American Jews, living in the continental United States and making less than $120,000 a year? Do we have a chance at happiness?

While I’m certain the answer is yes, I’m less certain that the Gallup research is of any help. Happiness is not exclusive to a particular race, gender, body type or income. As Darrin M. McMahon, the author of Happiness, A History, explained in an excellent Yes! Magazine piece last year, it has more to do with how we live our lives.

Happiness has increasingly been thought to be more about getting little infusions of pleasure, about feeling good rather than being good, less about living the well-lived life than about experiencing the well-felt moment…

Indeed, if you think about it, this idea of happiness as a natural state creates a curious problem. What if I’m not happy? Does that mean that I’m unnatural? Am I ill, or bad, or deficient? Is there something wrong with me? Is there something wrong with the society in which I live? These are all symptoms of a condition that I call the unhappiness of not being happy, and it is a peculiarly modern condition.

To cure this condition, we might focus less on our own personal happiness and instead on the happiness of those around us, for relentless focus on one’s own happiness has the potential to be self-defeating.

There is much to be said about the kind of happiness that is generated by focusing more on the needs of others than ourselves—particularly, that it creates something more sustainable.

As a country, the United States ranks pretty low on happiness, according to models like Gross National Happiness—which seek to replace traditional measurements of progress, like GDP. It probably doesn’t come as much of a surprise to people reading this blog that national wealth has little to do with fostering happiness. It’s the strong human connections in our day-to-day lives, as well as basic economic security and health.

Being that nonviolence thrives on interconnectedness, it’s no wonder that people engaged in nonviolent action seem to have better outlooks on life and the results of their work tend be more positive and long-lasting.

Largest steelworkers strike in decades shows no signs of abating

Reframing happiness in the United States