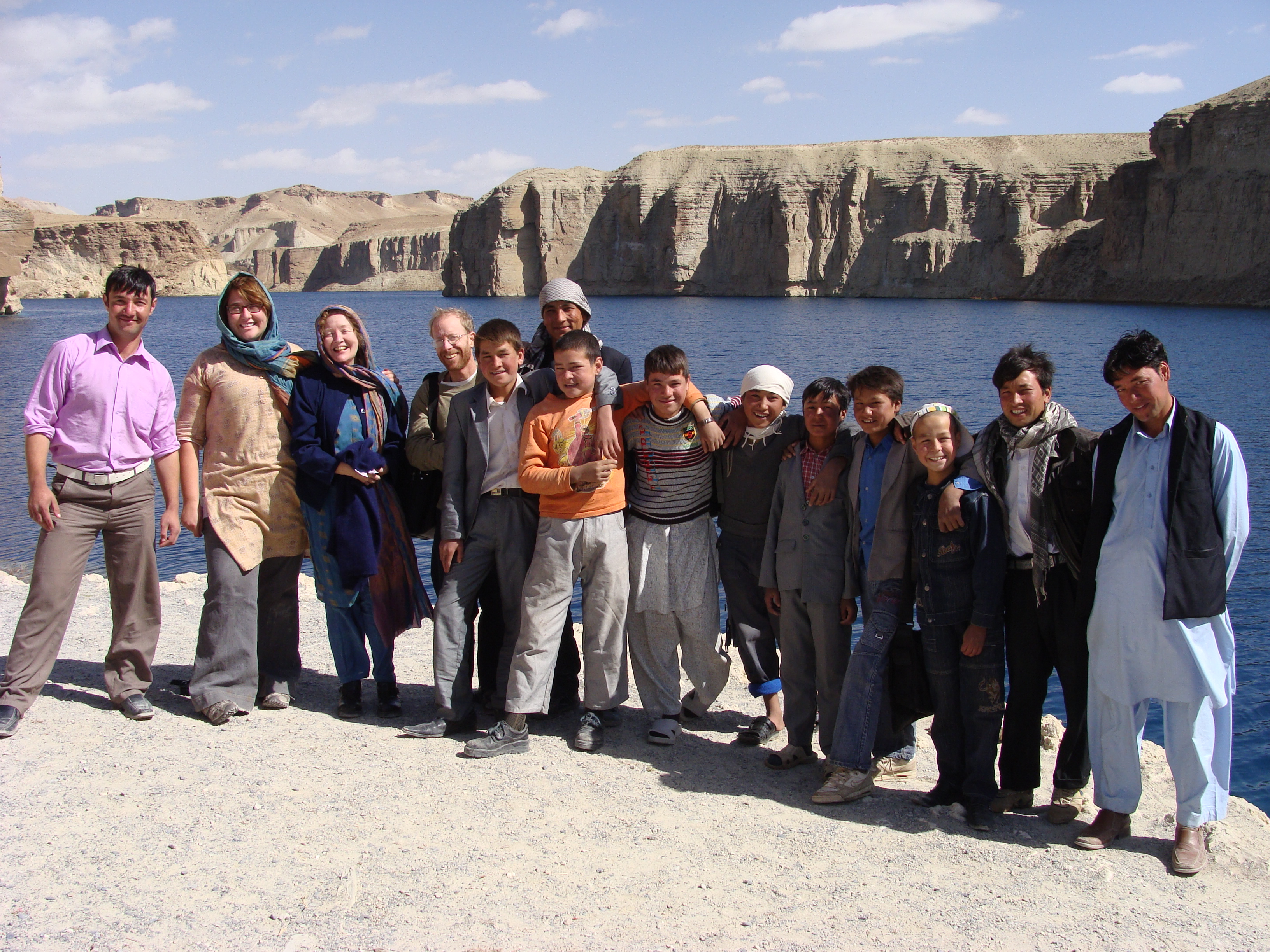 Kabul, Afghanistan – After an exhausting day trekking through the dirt roads of the city of Bamiyan and outlying settlements, three Americans were guided by a dozen Afghan boys to a tent packed with overstuffed pillows and comforters. After the boys served them a delicious meal cooked over a small outdoor stove, they affixed their flashlights to the spine of the tent and invited the Americans to enter. Unlike the forts I made in my parents’ living room when I was little, this tent had a pressing message: a group of youngsters in a central province of Afghanistan want peace, not war.

The Afghan Youth Peace Volunteers, a group of ethnically diverse young men from a city one hundred miles northwest of Kabul, have been actively speaking out against the U.S- and NATO occupation for the last four years. The boys have endured grave opposition and community ridicule. However, through the help of networking sites and YouTube, this group of young men want to ask the world, “Why not love?”

“Our life is a life of the poor”, reflected the mother of one of the boys as we sat in her simple village home. With Afghanistan now being the worst country a child can be born into, alongside the challenges of building life in a country that has been fraught with thirty years of war, the very existence of this group of gentle spirits is miraculous. Many of these boys have lost one or both of their parents to infectious disease or conflict. Their city of 60,000 has no running water, little internet access, and a few hours of generated electricity a night. A barrage of cars, bicycles, donkeys, motorcycles and vans share the single-lane paved road that bisects the city – and over and over again we experienced the striking hospitality of this tense land.

The Afghan Youth Peace Volunteers have fashioned an incredible vision of hope. In their daily lives, they work very hard: many go to collect water in the morning, head to school, care for their younger siblings, tend to small shops they have opened to support their families, and travel through the rocky, mountainous roads – sometimes for more than an hour each way – to go to and from the city.

Despite rigorous daily schedules, these young men, ranging in ages from ten to twenty-two, have also found time to speak out against the policies of warmaking in their country. The tent we visited is part of a peace vigil they hold annually, this year with the words “Why Not Listen?” written in Dari on one of the flaps. The tent was put up in the Bamiyan Peace Park, a park the AYPV helped build in the center of the city. In spite of technological challenges, the group has been in contact with dozens of individuals and networks worldwide that share their deep commitment to peace. They have reached out to other youth in Afghanistan, sending gifts and messages, hoping desperately to write a new narrative for the future of the country’s young people.

However, not everyone in Bamiyan believes that leaving the cycles of force and violence behind is plausible. While meeting with a few college students, some only a few years older than the peace volunteers, it was made clear that political hypocrisy has created deep cynicism. Peace is not seen as a viable alternative. When asked about the work of the AYPV, one of the college students said, “[They] are fine, as far as they go, but this very small voice is of no consequence to the people of Afghanistan, and to ongoing international preparation for war.”

Still, in the face of opposition, the youths persisted. “We will continue our peace program”, said 15-year-old Abdulai, “even a little of our love is stronger than the war of the worlds. We should not let go of our hope, and we should ask with one voice: ‘Why not love?’”

I realized that this teenager exhibited a remarkable understanding of the philosophy of nonviolence; it isn’t, as his elders understood, only a question of whether weapons should or should not be used to resolve conflicts. Abdulai understands nonviolence as a lifestyle, a commitment that permeates one’s daily behavior. It involves recognizing one’s self in the face of another, engaging in activities that cross the bridges of oppression, and approaching adversaries with transparency and respect. I watched the AYPV cook meals together and then serve one another, and share encouragement and love when faced with mockery. King and Gandhi would be proud to have known them.

As General Petraeus promotes his plan to arm Afghan villages with militias, as illiteracy continues to rise and the people of the country cry out for jobs, the voice of these youth should be heard and responded to with sincerity and respect. And, by all means necessary, let us pledge to support these young men in their journeys to promote nonviolence and peacemaking.