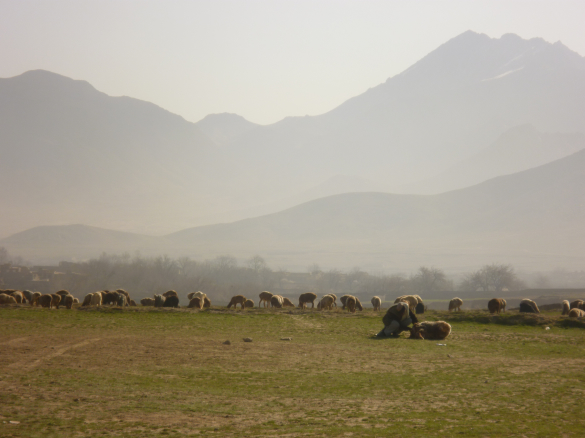 Those who attempt to work for social change, especially in terms of peace work, are no strangers to despair. The task can seem so great, and our efforts so small, that victories seem impossible, the problems insurmountable. People’s attitudes take forever to change, if they change at all. Malevolent forces seem to have all the power, the weapons, the resources, the inertia, the media, and even the culture captive. Many refuse even to begin the work for this reason.

Gandhi also noted this fact in his book Hind Swaraj (or Indian Home Rule) in a section I think it is worth quoting at some length. In it he explains why he believes that the force of “love” (which he says “is the same as the force of the soul or truth”) is the greatest power in history:

The fact that there are so many still alive in the world shows that it is based on the force of arms but on the force of truth or love. Therefore, the greatest and most unimpeachable evidence of the success of this force is to be found in the fact that, in spite of the wars in the world, it still lives on. Thousands, indeed tens of thousands, depend for their existence on a very active working of this force. Little quarrels of millions of families in their lives disappear before the exercise of this force. Hundreds of nations live in peace. History does not and cannot take note of this fact. History is really a record of every interruption of the even working of this force of love or of the soul…History, then, is a record of an interruption of the course of nature. Soul-force, being natural, is not noted in history.

Gandhi’s observation was based not just on a knowledge of history but also of the daily reality of people the world over. Grievances are forgiven, mercy is shown, differences worked out.

This is different from mere blind optimism because it is based on a more balanced observation of reality.

On a recent trip to Afghanistan with a Voices for Creative Nonviolence delegation, I too was struck by the apparent intractability and irreducible complexity of the histories, conflicts and powers at play in the country. With so many grievances over so many years, how does a country heal and move forward? With so many stubborn powers vying for supremacy, how does conflict de-escalate? With such a lack of trust between even ordinary Afghans, how do you build capacity for cooperation?

On a day trip north of Kabul to the Panjshir Valley, our car stopped for a moment beside a scene of spectacular beauty: a shepherd tending to his sheep, on the fresh spring grass, with layers of misty mountains forming the backdrop. To our surprise and delight, we looked on as here, beside a busy highway, a new lamb was born. The shepherd turned his head towards us, smiled and waved. And then it struck me: this is how Afghanistan goes on. A day at a time, with the inevitability of the sheer will to live and love and create anew. It’s not the stuff of headlines perhaps, but it’s the necessary context of the headlines that concentrate almost entirely on power plays and military endeavors.

That is not to say that we don’t also need to continue the struggle for peace and justice. “To be hopeful,” veteran activist Fr. John Dear often says, “one must do hopeful things.” We are all part of living the reasons to see our despair transformed into hope, in our own seemingly insignificant actions, whether in the form of public political action or in our homes, communities and relationships. This daily reality has become the backdrop that informs my advocacy for an end to the war in Afghanistan – the sheer persistence of love and the resilience of the Afghan people. Every day people get up in the morning; every day they go to work in the fields, tend their vines, play with their children, forgive grievances. It is the almost inevitable working of this force which gives texture, shape, practicality, to the hope of a better future for Afghanistan, and the whole world.

Life is persistent amongst the ruins. Love is winning, but it can always use some help.