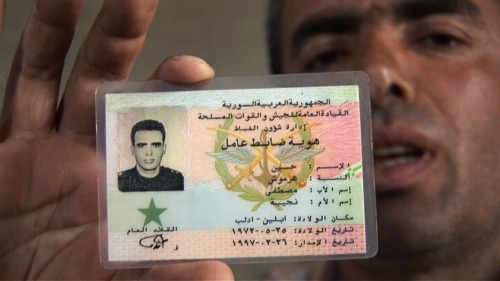 Over at the Huffington Post, our good friend John Jackson, who co-authored Small Acts of Resistance, which we reviewed here, has a very interesting piece about the dirty tricks dictators employ to undermine their nonviolent opposition.

We often only learn about these tactics after the fact from those who were targeted, and rarely get to see in detail how dictators plan on thwarting their opposition in the middle of a conflict. That, however, is apparently what has been leaked in Syria and its fascinating. As Jackson writes:

In April a top-secret document, said to be from the Syrian Department of Intelligence, became public. The paper lays out a detailed strategic plan for the regime of President Assad to undermine, weaken and destroy the country’s pro-democracy movement. It identifies three key areas of operation – Media, Security and Political. The Media front includes: posing as opposition activists and advocating anti-regime violence to tarnish the movement’s reputation; fueling traditional ethnic and sectarian fears to create disunity; doctoring footage filmed by opponents to contradict and discredit their stories; and having professionally trained ‘eye-witnesses’ feed the regime’s propaganda to foreign journalists.

On the security front the plan says “it is acceptable (for snipers) to shoot some of the security agents or army officers” to “provoke the animosity of the army against the protesters”.

The political tactics, some of which have been used in Iran, Egypt and elsewhere, call for: mass pro-regime counter protests; the offer of dialogue (that some in the opposition will accept and some will reject) in order to expose divisions; ‘temporarily’ satisfying the demands of some groups but not others in order to splinter the movement; and, presenting a coherent image of all the “pillars of the regime”. This last point, a direct counter to the non-violent strategy of winning over key sections of society (“pillars”) that keep the regime in place.

Looking back at what has happened in Syria over the last few months, it’s easy to see which of these strategies are being implemented. Nevertheless, this devious plan hasn’t been able to stop the call by Syrians for change. In fact, although the death toll continues to grow, there are signs that the tide is turning in the pro-democracy movement’s favor.

Rather than splintering the opposition, as is often the case in nonviolent struggle, the violent crackdown by Syrian security forces seems to have only fueled the fire of resistance and led to an increasing number of defections by soldiers who are refusing to kill their own people.

As Hussein Harmoush (posing above with his army ID card), a Syrian colonel who has defected and fled to Turkey, told Al Jazeera: “Our current aim is the protection of the protesters who are asking for freedom and democracy.”