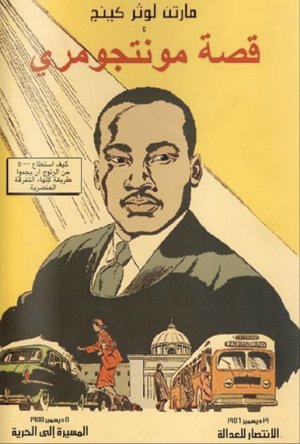 During the 1950s and 60s, the Fellowship of Reconciliation, a Christian pacifist organization, was instrumental in introducing the American civil rights movement to the methods of nonviolent action, particularly those that Gandhi had practiced in India. As Martin Luther King, Jr., embraced these methods, the FOR helped to get the word out about his successes. One of the Fellowship’s most beloved efforts from that period is still bearing fruit, according to Comics Alliance—even in Egypt:

Originally published by the Fellowship of Reconciliation in 1958, The Montgomery Story was a comic book that dealt explicitly with Dr. King’s philosophy of non-violent civil disobedience, specifically with respect to the legendary Montgomery Bus Boycott. The book included a how-to section that demonstrated how the practice can actually yield results. According to FOR’s website, The Montgomery Story sold more than 250,000 copies.

Dalia Ziada is Egypt Director of the American Islamic Congress, a non-profit group founded in the wake of the terrorist attacks of September 11, 2001 to confront intolerance against Muslims, and later to promote peace and civil rights throughout the Arabic world. The AIC’s HAMSA initiative—designed to link civil rights groups throughout the Middle East—undertook in 2008 a project to translate The Montgomery Story into Arabic (and later Farsi). With the endorsement of the Fellowship of Reconciliation, Ziada distributed 2,000 copies of the comic throughout the Middle East.

According to Ziada herself, the book has had an is having a direct impact on the streets of Cairo. She says:

The comic book has been credited with inspiring young activists in Egypt and the larger region (we have a Farsi version as well). Last week I distributed copies in Tahrir Square. Seeing the scene in the square firsthand is amazing. Despite violent attacks and tanks in the street, young people from all walks of life are coming together, organizing food and medical care, and offering a living model of free civil society in action.