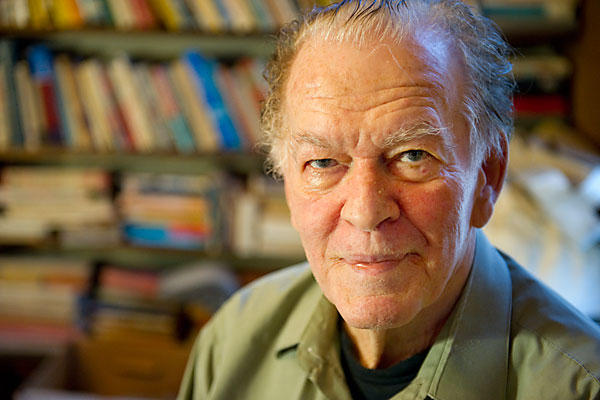 Leading nonviolent theorist Gene Sharp continues to receive the recognition he has long deserved with an enthralling feature in The Nation magazine. Right from the outset, Nation reporter Sasha Abramsky paints Sharp as an unfairly overlooked figure, who “has labored in obscurity for much of his life.” This theme runs throughout the piece and is counter-balanced by the tremendous effect he’s had on global democracy movements over the past quarter century.

He was like a boutique wine: cherished by a select few, hidden from the broader public. Even his friends and colleagues believed that he was, to a degree, tilting at windmills.These days, however, with the Egyptian revolution upending longstanding assumptions about the interplay between dictatorships and the people they oppress, Sharp’s ideas don’t seem so quixotic. Those windmills, says his friend [Bob] Helvey, might just be morphing into giants.

What Abramsky does best, aside from accurately explain Sharp’s theories, is tell us more about the man himself. The story of how Sharp came to believe in the power of nonviolent action is no less engaging than the stories we’ve been hearing about the people and movements he’s come to influence.

Gene Sharp grew up in a conservative Republican family in the American Midwest. His formative years were dominated by stories of World War II, images of the horrors of death camps, the onset of the cold war, the atomic bomb. As the images sank in, he developed an abhorrence of violence and totalitarianism; during the Korean War he went to prison rather than allow the Army to conscript him.

Shortly after Sharp was released, he wrote a book about Mahatma Gandhi, who had recently been assassinated and who, Sharp concluded, was misunderstood. Maybe he was a saint, as he was widely being portrayed; maybe he wasn’t. To Sharp the question was beside the point. For him, Gandhi was one of the century’s great political strategists. He realized that Indians couldn’t successfully fight the British Empire militarily and instead carefully crafted a nonviolent strategy that ultimately destroyed the Raj. When Sharp completed the book, he sent a note to Albert Einstein, asking whether he would write an introduction; to his delight, the legendary physicist cum peace activist agreed. Sharp’s course was set.

The rest of Abramsky’s Nation piece is well worth the read.

Garbage — it’s what should be for dinner

Gene Sharp profiled in The Nation